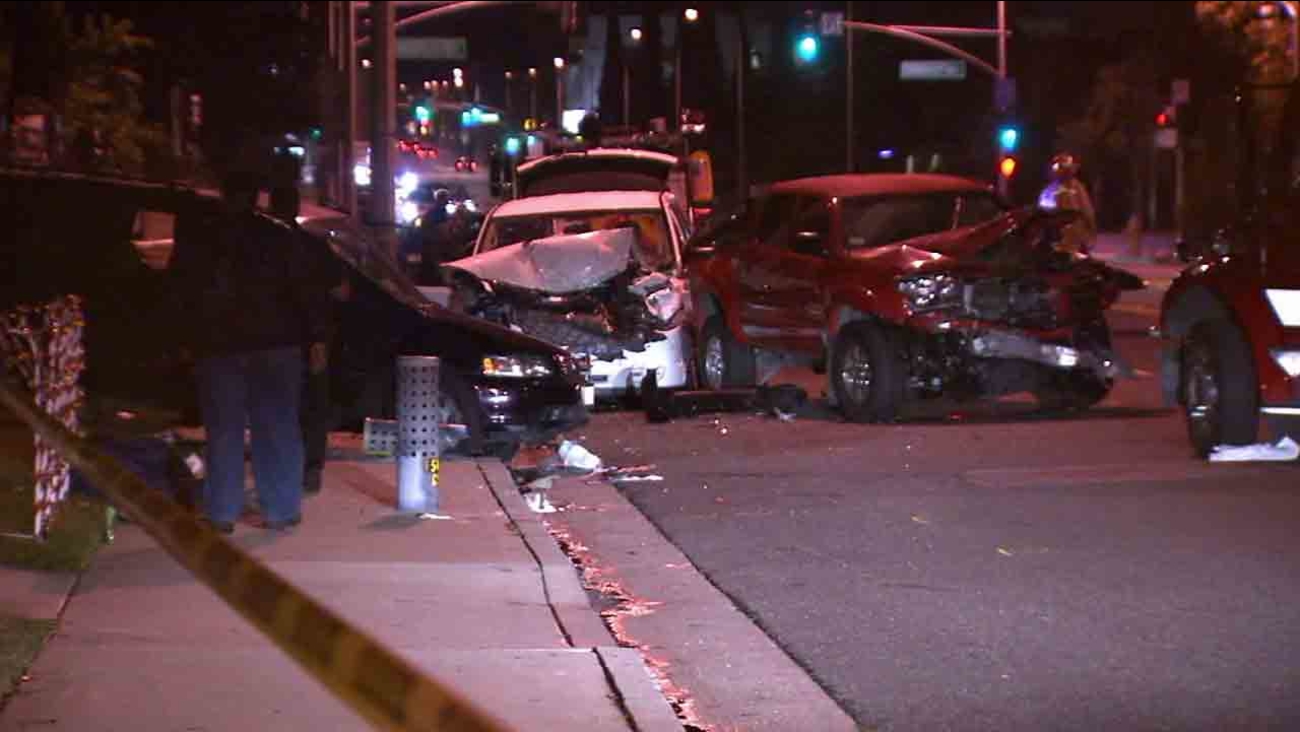 Alhambra police respond to the scene of a three-vehicle collision in the 300 block of Fremont Avenue on Sunday, Dec. 14, 2014.

The incident occurred in the 300 block of Fremont Avenue just after 8:30 p.m. Alhambra police say the alleged DUI driver, 28-year-old Ismael Soto of Los Angeles, crossed over the solid yellow lines into the southbound lanes, and then collided with two occupied vehicles and several pedestrians on the sidewalk.

Eleven patients were transported to local hospitals; one remained in critical condition Monday morning. A 12th person was treated and released at the scene. The suspect was also transported to a hospital to get checked out before being taken into custody.

"I was inside my house all the way in my back room, and I heard a big 'boom.' It was like for 10 seconds or what not, and when I came running out I just seen a group of folks just laying down on the floor," said witness Richard Medina.

Soto was arrested for driving under the influence. Fremont Avenue was shut down between Commonwealth Avenue and Poplar Boulevard for the investigation.

Neighbors say the holiday displays are popular and draw crowds every year.