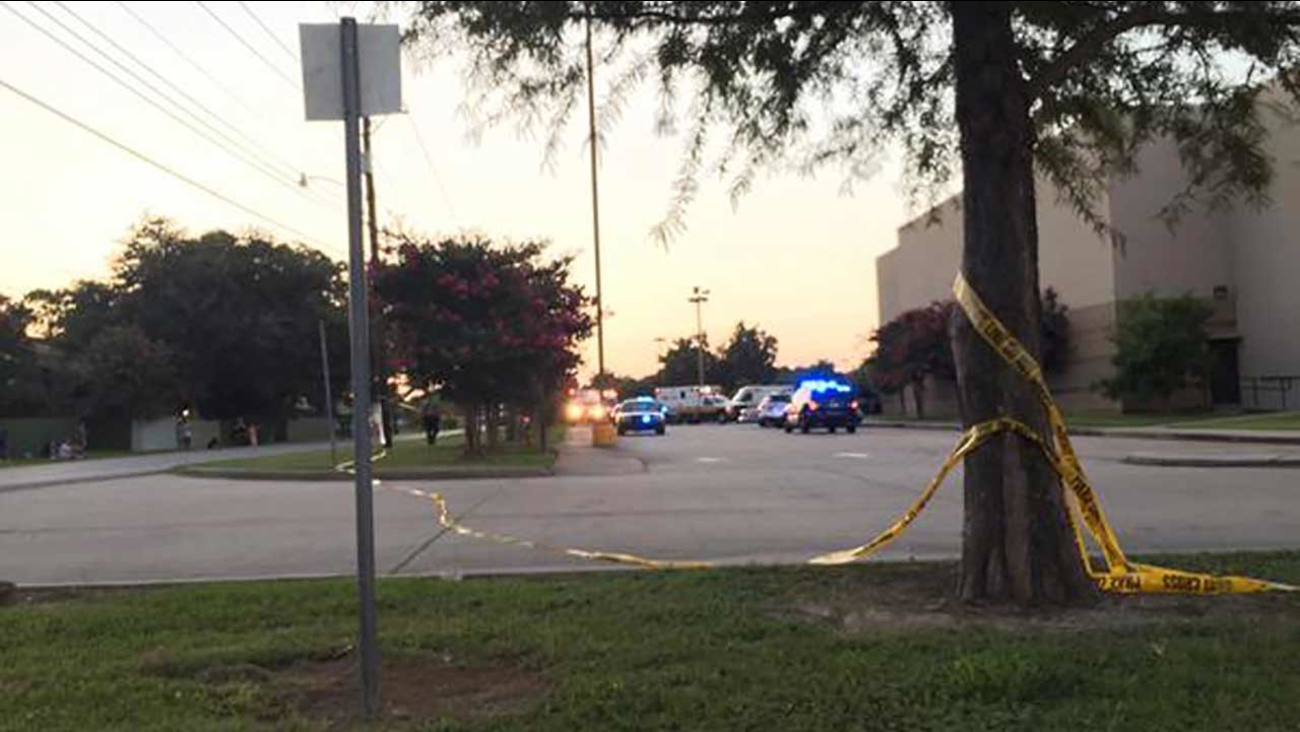 LAFAYETTE, LA -- A lone gunman sitting in a packed movie theater stood up and began firing into the crowd, killing two and injuring at least seven others Thursday night before fatally shooting himself, authorities said.

Police described the shooter as a 58-year-old "lone white male" but did not immediately disclose his name. They later identified his car and evacuated the area after spotting something suspicious inside the vehicle. Police said they were going to set off an explosion in the car, and minutes later an Associated Press reporter on the scene heard a number of short bursts similar to firecrackers coming from that vicinity.

At least one theatergoer described the scene, saying an older white man stood up about 20 minutes into the 7:10 p.m. showing of the movie "Trainwreck" at the Grand 16 theater in Lafayette and began shooting.

"We heard a loud pop we thought was a firecracker," Katie Domingue told The Louisiana Advertiser.

"He wasn't saying anything. I didn't hear anybody screaming either," said Domingue, who added that she heard about six shots before she and her fiance ran to the nearest exit, leaving behind her shoes and purse.

When the shooting began, a teacher who was in the theater jumped in front of a second teacher, saving her life, said Gov. Bobby Jindal, who arrived at the scene shortly after the shooting. The second teacher then managed to pull a fire alarm, he said.

Police Chief Jim Craft said at a news conference that they know who the gunman is, and that he had a "criminal history" but are not immediately releasing his name. Col. Mike Edmonson of the Louisiana State Police said the body of the shooter and "at least one other person" were still inside the theater. Seven people were hurt, with injuries ranging from non-life-threatening to critical, Craft said. The shooter used a handgun, police said.

There were about 100 people in the theater at the time of the shooting, Edmonson said. He added that police believe the gunman fired shots only at the theater and had not waged an attack anywhere else beforehand.

"We have no reason to believe that this individual acted beyond this location here," Edmonson said.

Edmunson said police saw something suspicious inside the shooter's car and that a bomb-sniffing dog "hit on three different locations" in the vehicle, "so out of an abundance of caution we brought in the bomb squad."

One of the stars of the movie, actress Amy Schumer sent a tweet: "My heart is broken and all my thoughts and prayers are with everyone in Louisiana."

Jindal called the shooting "an awful night for Louisiana."

"What we can do now is we can pray," Jindal said. "We can hug these families. We can shower them with love, thoughts and prayers."

The governor said he would meet with the families of the victims.

Lafayette is about 60 miles west of Baton Rouge.

Outside the movie theater complex hours after the shooting, a couple of dozen police cars were still at the scene, which authorities had cordoned off with police tape as onlookers took photos with their cellphones.

A small group of movie theater employees stood outside the police perimeter. A man who identified himself as a general manager at the theater declined to be interviewed: "We would appreciate it if you could give us some space," he said.

Tanya Clark was at the concession stand in the lobby when she saw people screaming and running past her. She said she immediately grabbed her 5-year-old daughter and ran.

"In that moment, you don't think about anything," Clark, 36, told The New York Times. "That's when you realize that your wallet and phone are not important."

Clark's son Robert Martinez said he saw an older woman run past with blood streaming down her leg, and screaming that someone had shot her.

The Louisiana shooting occurred three years after James Holmes entered a crowded movie theater in suburban Denver and opened fire during the premier of a Batman film, killing 12 people and injuring 70 others.

A jury last week quickly convicted Holmes on 165 counts of murder, attempted murder and other charges, rejecting defense arguments that he was insane and suffering delusions that drove him to the July 20, 2012, attack.

Prosecutors said Holmes planned and carried out the massacre to assuage the pain of his failures in graduate school and in romance. Defense lawyers said schizophrenia had been growing inside Holmes' mind for years and eventually overwhelmed him, creating a delusion that he could improve his self-worth by killing others and absorbing their value.

I'm on my way to Lafayette right now. Please say a prayer for the victims at Grand Theatre and their families.

Prayers for Lafayette at Grand Theater. Talking to state police colonel about shooting in Lafayette.

Lafayette Police are working a shooting at the Grande Theater on Johnston Street.