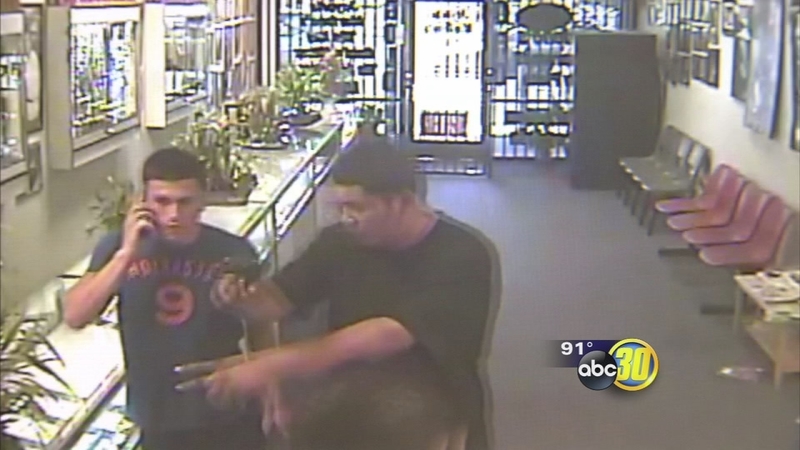 FRESNO, Calif. (KFSN) -- Detectives are tracking down the men caught on video trying to rob a jewelry store at gunpoint in Southeast Fresno. But the would-be crooks don't exactly pull off the crime.

It appears the suspects had a plan, pretending to be customers, until they pull a gun. Watching the video it's clear these are not career criminals. They fumbled their demands for cash and jewelry until the owner scared them off with a shotgun. 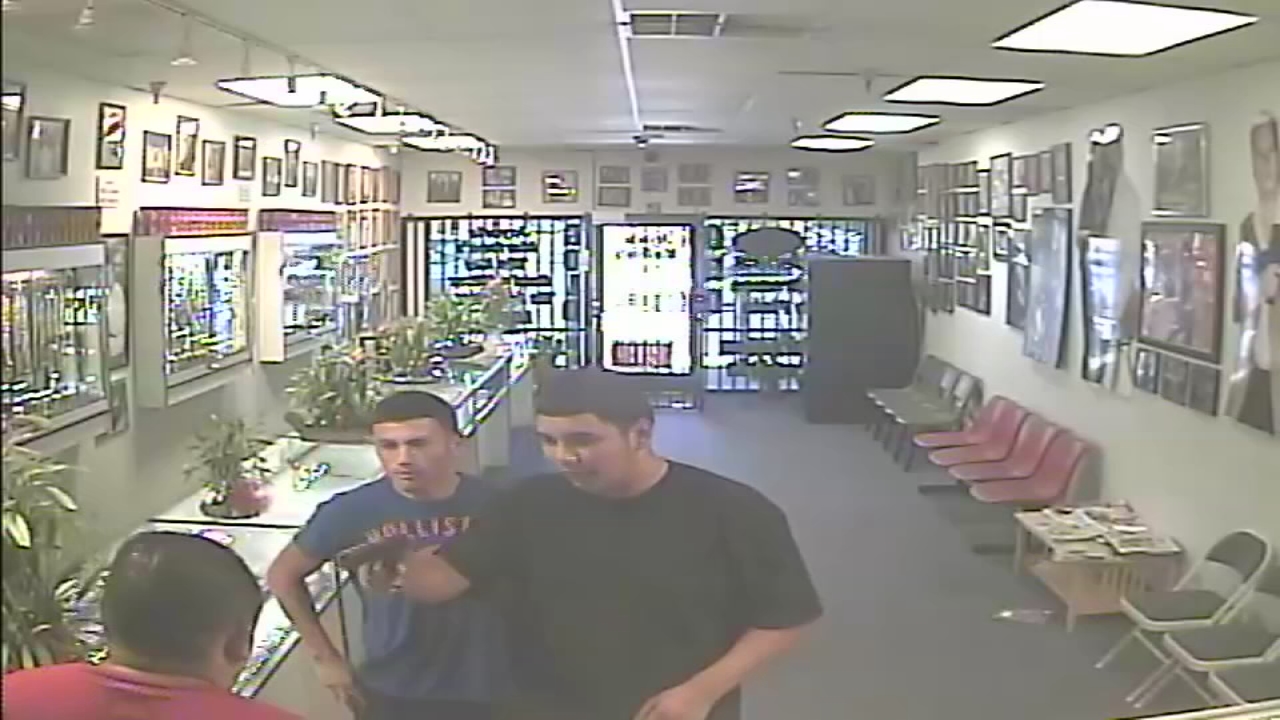 2 wanted in attempted armed robbery at Fresno jewelry store
The Fresno Police Department is asking for the public's help in identifying and locating two suspects wanted in an attempted armed robbery at a jewelry store.
A surveillance camera records as the two young men try to rob Marlene's jewelry store last Friday. In the video one man pulls a gun. At that moment the other man immediately gets on his phone. Looking nervous and scared the unarmed suspect tries to jump the counter, but misses.

Llamas laughs about it now, but this was a scary ordeal for the family. As the men attempted the heist the owner and his daughter along with her newborn were in the back of the store. They heard their employee yelling that they were being held up.

"I think they were very lucky," Llamas said. "I would have been shooting them out the door."

It's not seen on camera but the owner emerges from the backroom with a shotgun in hand. What you do see is the shocked reaction from the suspects. The one who couldn't hop the counter drops to the ground at the sight of the shotgun and heads for the door. The armed suspect flinches, and instead of shooting the victims, as police say his partner suggested, he also runs.

"I got a phone call immediately after, so my first reaction was upset," Llamas said. "Then I see this, I got upset, but it's funny."

The owner, Soledad Castaneda, says she's angry that these kids with no jobs would put them in danger to steal from a hardworking family.

The lead detective on this case says they are following several leads right now. The suspects in the video are believed to be as young as 17.