At least 5 dead, 2 injured in crash near Groveland 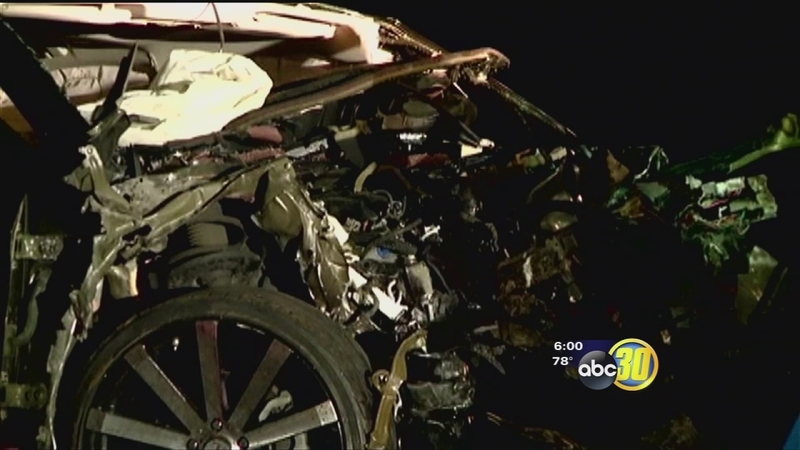 5 Killed, 2 critically injured in accident on state route 120 in Groveland

FRESNO, Calif. (KFSN) -- Officers say it started as a head-on collision at about 6:30 Saturday night on Highway 120 at Smith Station Road near Sonora.

According to police, Marcos Lopez Martinez and his passenger Sasha Magana, from Merced, were traveling eastbound on State Route 120 when, for unknown reasons, they collided with an SUV.

Martinez was pronounced dead at the scene while Magana was airlifted to Memorial Hospital. The driver along with three people in the SUV were also killed, while a fourth passenger was airlifted to a Modesto hospital.

Authorities say, after the accident, the SUV caught fire and caused a small grass fire that was quickly extinguished.

The identities of the other victims and the cause of the accident is still under investigation.