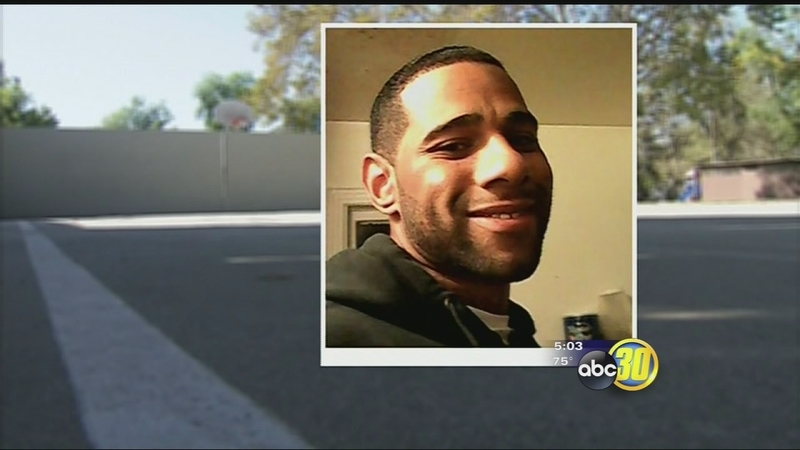 ATWATER, Calif. (KFSN) -- Authorities arrested one main suspect and two other people for a murder in Atwater.

Family members have identified the victim as 27-year-old Richard Valentine. Richard was gunned down around 5:30 p.m. Monday night. Three arrests have now been made, but loved ones are still waiting to hear what could have motivated this murder.

Robert Valentine Sr. is trying to be strong for his wife and their six children, but the pain of losing his son, Richard, is overwhelming for this close knit family. "People really don't know what they're doing when they take somebody's life because that was my baby, that was my wife Sonia's baby. That was their brother. He was an uncle and a dad."

Police said the 27-year-old was shot multiple times near Memorial Park and died at Mercy Medical Center. His family members heard the gunfire from their home, but had no idea what happened until seeing photos of Richard on the ground on a local Facebook page.

"We didn't even know he was dead yet, but they posted three photos of him on the Internet of him dead on the ground like that, I should not have seen my brother like that," said Melanie Valentine the victim's sister.

Richard's relatives say he loved playing basketball and the San Francisco 49ers. They admit he had a troubled past, but tell us he was known in the neighborhood for his humor and generosity. "If you were hungry and you were down at the park and you were hungry and he knew we were having food a barbecue and stuff he would bring you down here s you can eat," said Robert.

Police and the Merced County S.W.A.T. team arrested the main suspect and two other people after, at an apartment complex on Bellevue Road Tuesday afternoon. But the motive is still unknown. Now as detectives continue their investigation, Robert hopes his son's murder will not spark more violence.

"I don't want anybody going out there saying they want to retaliate. That's not going to make the situation better for us. In my son's name, talk to your kids tell them what our family is going through so you don't have to go through it."