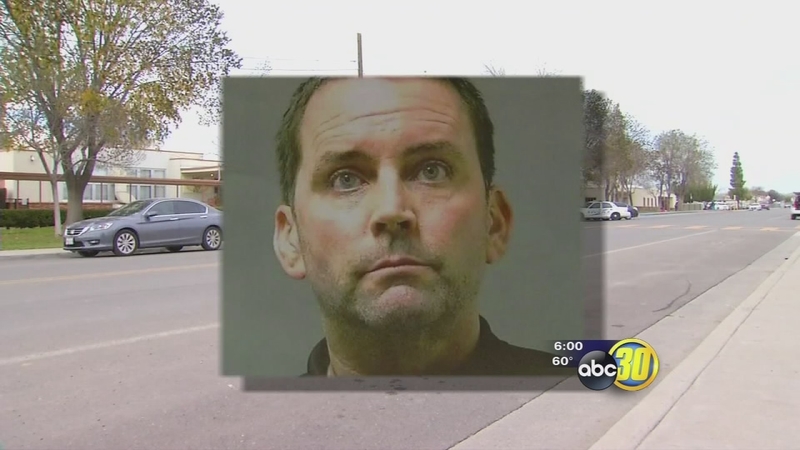 FRESNO, Calif. (KFSN) -- A south valley teacher is in jail, accused of molesting his students. Christopher Nugent is a 4th grade teacher at Avenal Elementary and he was arrested at his home in Atascadero on Thursday after a few students claimed he touched them inappropriately in the classroom during school hours.

East spoke highly of Nugent during a press conference on Friday - two days after the students complained. He says Nugent is a former teacher of the year, he was also an after school tutor and a sports photographer for the kids.

A man, who Action News has decided not to identify says his son, who is now 16 had problems with Nugent in the past and he was afraid to speak up.

"The teacher would tell my son if he spoke up, he would be in much bigger trouble...he had a good way of putting the blame on kids," the man said.

The man noticed something was wrong when his son's attitude changed and says he talked with the school about it, but nothing happened.

The man added, "I asked to put cameras in my son's classroom - I told them I would pay for them but they said that would never be allowed."

After hearing what Nugent is accused of, the man says it all makes sense now.

"I got mad when I heard about this," he said, "that's why I decided to talk, I suspected there was some type of abuse but wasn't sure what."
Still, it's hard for some to believe, especially the parents who trusted Nugent with their kids off-campus.
Ginger Wallis said, "I feel sorry for the kids and if it's not true, his reputation is ruined for the rest of his life."