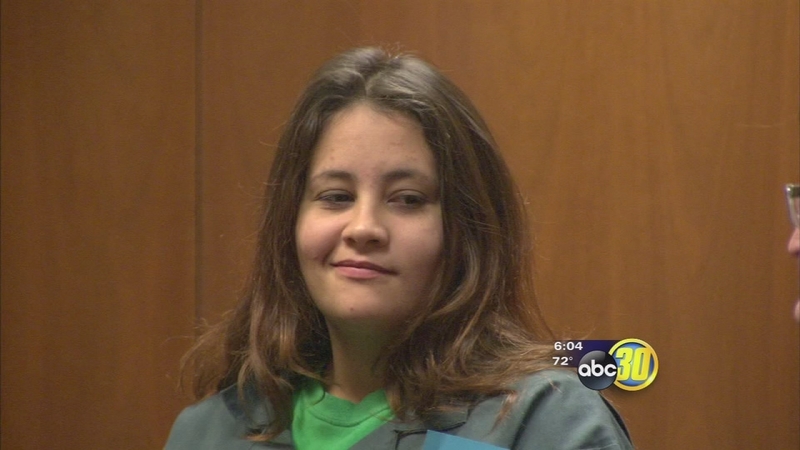 FRESNO, Calif. (KFSN) -- The woman caught delivering a beating in a viral video that spread all over social media will serve a short stint in jail for her crime.

The bravado she showed in the viral video that led to her arrest is gone. The anger on display after her arrest two weeks later has also faded.

But Destiny Rico's body language spoke volumes about her respect -- or lack thereof -- for the justice system. As the judge sentenced her to a year in jail for robbery, she laughed and made the sign of the cross with a kiss to the sky. And as he laid out the rules for her probation afterwards, she threw her hair back and smirked.

"They have a different set of justice within the gang," said ABC30 legal analyst Tony Capozzi.

Rico -- who goes by the street name "Baby Dreamer" -- admitted her gang affiliation as part of her plea deal. And Capozzi says that part of the deal may carry the biggest repercussions.

"With her now admitting to being gang affiliated, that's going to be held against her in any other future case that may come up," he said.

But in this case, the punishment was minimal and Action News uncovered court documents explaining why. In a search warrant, police said the victim in the viral video admitted it all started because she stole her roommate's cellphone. The roommate had gang connections and when the victim went to return the phone, she was expecting some type of violent punishment. But she didn't submit to being stripped naked and humiliated on a public street and a viral video.

"If she didn't do the beating, she was going to get beat up," he said. "So all in all, although I thought the sentence was light at first blush, but when you look at the background, it's a very fair sentence in this particular case."

A burglary charge in Madera County still looms over her head, but Rico knows she'll only be serving four more months of this year-long sentence.

And the last time she served time in the Fresno County jail -- for burglary and auto theft -- she got out six months early, just in time to be caught on camera committing her next crime.