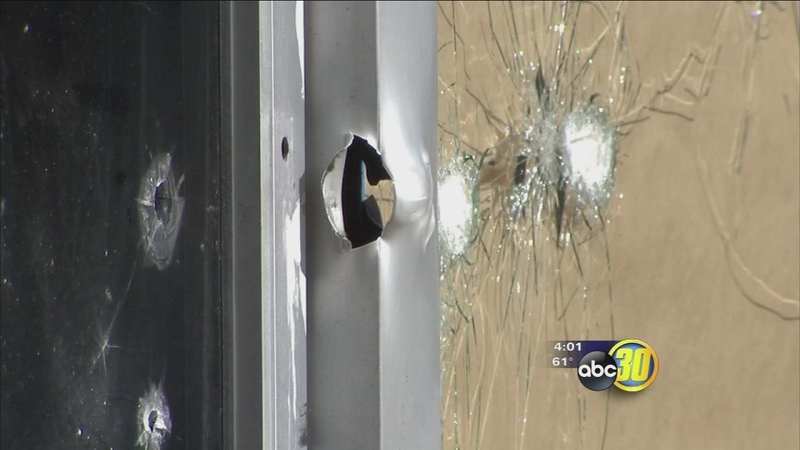 FRESNO, Calif. (KFSN) -- The barrage of gunshots hit the barbershop in Northeast Fresno at around 8:00 p.m. Tuesday night. Police Chief Jerry Dyer believes the barber was the intended target.

What we do know is the victim walked outside, there was an open door at Sharp Cuts, and there was a suspect standing outside in a dark sweater or sweatshirt and that individual had fired at the victim striking him two times.

Bullets went through the windows and into the shop. Two other people were inside but were not hit.

Police said the barber had bullet wounds to his chest and one leg.

Employees at a music store in the strip mall said the barbershop had just recently opened and they are surprised by the shooting.

"I just went in there and introduced myself, I'm shocked, just shocked you know," said Danny Palacio, store employee.

"It makes me nervous and afraid, but like I say, it could happen in any neighborhood," said Brady Bridges.

Police said the wounded barber is in the hospital in critical but stable condition.

Police are looking for the shooter and Chief Dyer suspects gang involvement.

"We do believe there was a possibility it involves gangs just based on the victims affiliation with a gang, so that could be the motive for this crime but too early to tell at this point."

Chief Dyer said they have only a sketchy description of the suspect, but he believes officers will be able to find out who is responsible.