Bicyclist dead after being hit by car in Northwest Fresno 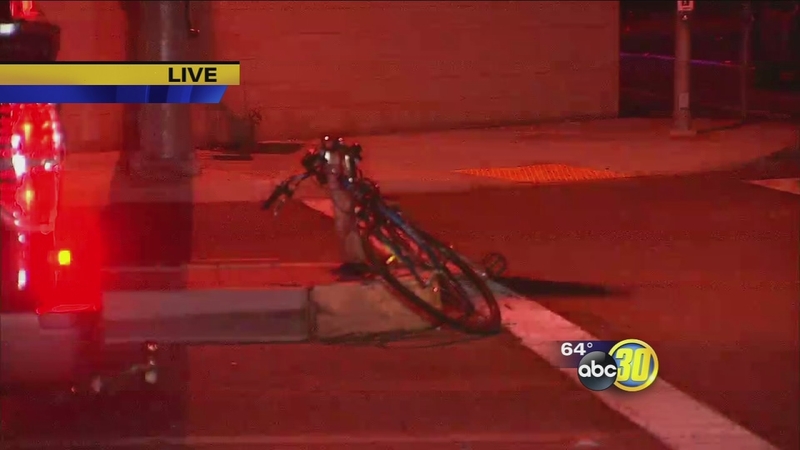 Bicyclist critically hurt after being hit by car in Northwest Fresno

FRESNO, Calif. (KFSN) -- UPDATE: Police said the man died at the hospital.
---
A bicyclist was sent to the hospital in critical condition Saturday night after he was struck by an SUV in Northwest Fresno, police said.

The man was biking south on Fruit and Herndon Avenues when he rode right on the path of an oncoming car and was hit around 9 p.m., the Fresno Police Department said. They said the driver of the SUV had the right of way and stayed at the scene after the crash.

The man was transported to Community Regional Medical Center.

The man was transported to Community Regional Medical Center. His identity has not been released. Police described him as a white male in his 30s.