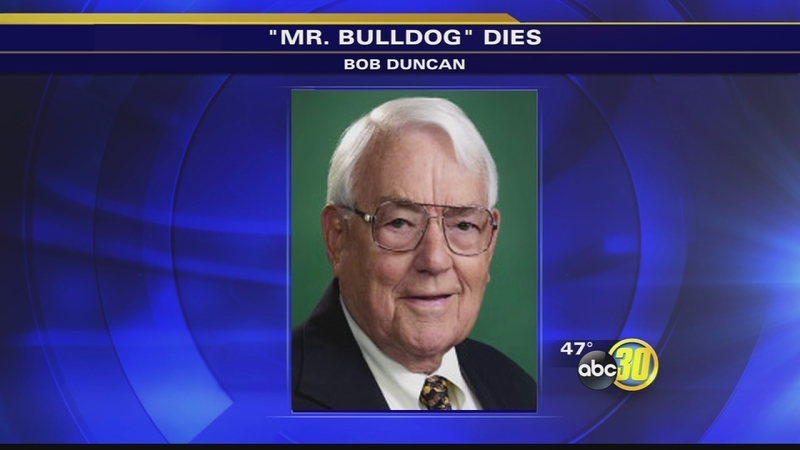 FRESNO, Calif. (KFSN) -- One of the most dedicated, influential, and generous members of Fresno State's "Red Wave" has died.

Duncan was born and raised in Fresno and was the longtime president of Duncan Enterprises which manufactured ceramic products and supplies.

He led the $1.3-million drive to build the locker room and training facility at Fresno State, which was named in his honor. That earned him the nickname "Mr. Bulldog".

A statement from the Bulldog Foundation reads, "Bob Duncan was a trailblazer, an innovator, and the most ardent fan of Bulldog Athletics in the Valley. Mister Duncan's passion for academics and the success of student-athletes post graduation was as important to him as the victories on the field. The Duncan building will be a remembrance of a man whose deep love of Fresno State will never be forgotten,"

He is said to have missed only one Bulldog football game in 17 years.