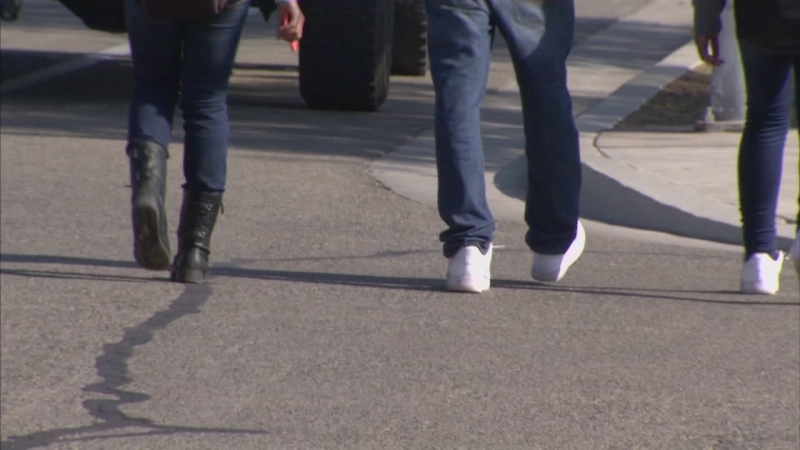 FRESNO, Calif. (KFSN) -- The investigation into robberies at Central High School East isn't done, but it's already a success.

Masked robbers stole jewelry in four attacks on students, but the crimes seem to have stopped about three weeks ago.

In the parking lot just outside Central High School East, and on the streets surrounding the school, students had good reason to not feel safe. Robbers struck at least four times, threatening students at gunpoint and stealing gold jewelry right off their necks.

The crimes started in October and mostly targeted Sikhs. "We picked up on this trend pretty early in November." Detective Mares said. "We had a couple more incidents after we realized the trend and we identified several persons of interest."

Police haven't made any arrests yet in the robberies, but as soon as they started interviewing potential suspects, no more students have been targeted by robbers. Those persons of interest are mostly teenagers and Central Unified students. Police say one of the kids even reached out to a victim, trying to profit from the crimes. "We did have one incident where a juvenile used an Instagram account to attempt to sell his own property back," Mares said. "That juvenile has been dealt with."