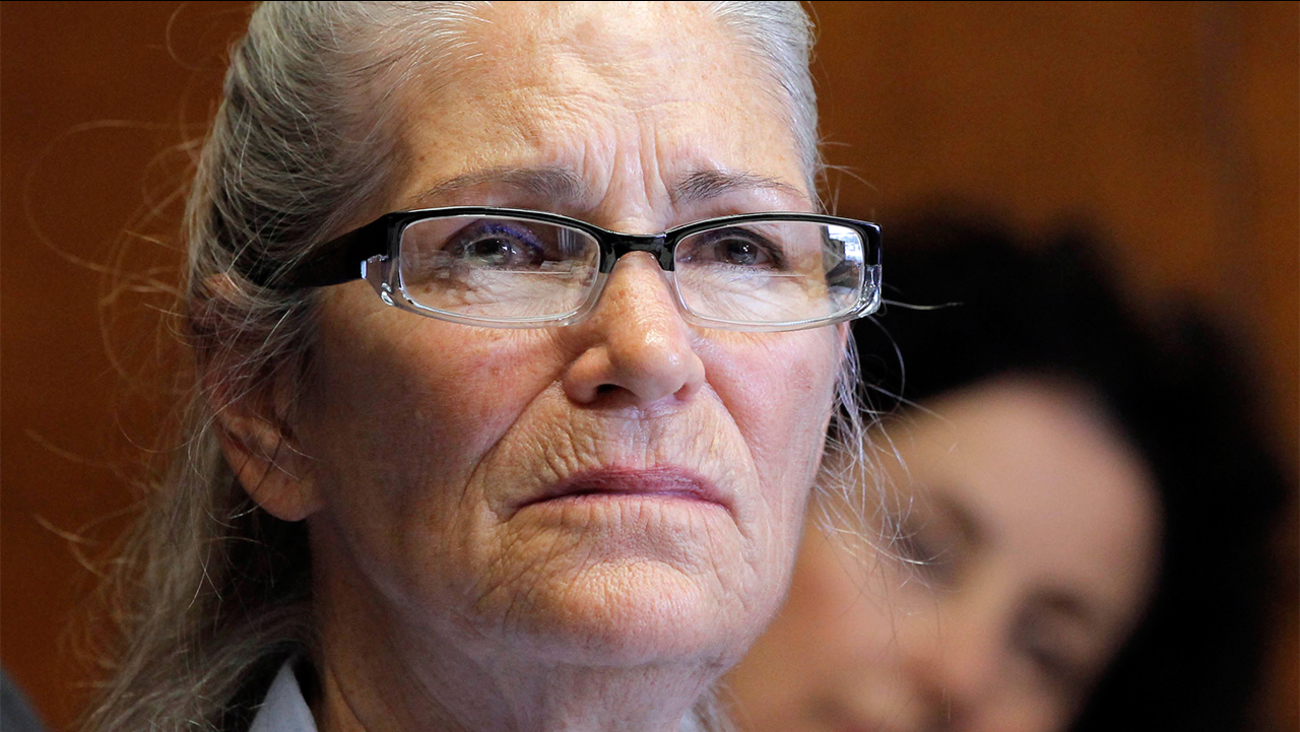 In this June 5, 2013, file photo, Leslie Van Houten appears during her parole hearing at the California Institution for Women in Chino, Calif. (Nick Ut)

CHINO, Calif. -- A California panel recommended parole Thursday for former Charles Manson follower Leslie Van Houten more than four decades after she and other cult members went to prison for the notorious killings of a wealthy grocer and his wife.

The now-66-year-old Van Houten was "numb" after the panel announced its decision following a five-hour hearing at the California Institution for Women in Chino, said her attorney Rich Pfeiffer.

"She's been ready for this for a long time," Pfeiffer said outside the prison, adding that those who signed an online petition opposed to her release don't know the woman she is today.

"It really should have happened a long time ago," he said.

The decision will now undergo administrative review by the board. If upheld it goes to Gov. Jerry Brown, who has final say on whether Van Houten is released.

Van Houten, a one-time homecoming princess, participated in the killings of Leno La Bianca and his wife Rosemary a day after other so-called "Manson family" members murdered pregnant actress Sharon Tate and four others in 1969.

The killings were the start of what Manson believed was a coming race war that he dubbed "Helter Skelter" after a Beatles song. Van Houten said the group planned to retreat to the desert and hide in a hole.

Van Houten was the youngest Manson follower to take part in the killings after she descended into a life of drugs and joined Manson's cult in the 1960s.

Since then, she has completed college degrees and been commended for her behavior as a model prisoner.

"Your behavior in prison speaks for itself. Forty-six years and not a single serious rule violation," Commissioner Ali Zarrinnam told Van Houten Thursday at the close of her 20th parole hearing.

Brown previously blocked the parole of former Manson follower Bruce Davis, citing his refusal to fully accept responsibility for his role in the murders of a stunt man and a musician and the gravity of his offenses.

On Thursday, Van Houten described in graphic detail for the panel how she helped secure a pillow over the head of Rosemary La Bianca with a lamp cord and hold her down while another member of the "Manson family" began stabbing the woman in her home.

Van Houten said she had looked off into the distance until another Manson follower told her to do something and she joined in the stabbing.

"I don't let myself off the hook. I don't find parts in any of this that makes me feel the slightest bit good about myself," she told the panel.

The La Biancas were stabbed numerous times and the word "WAR" was carved on the stomach of Leno La Bianca.

The Los Angeles County District Attorney's office vehemently opposed Van Houten's release. After the decision, District Attorney Jackie Lacey said in a statement she would evaluate how to proceed.

Louis Smaldino, nephew of Leno La Bianca, pleaded with the panel not to release Van Houten after the horror she and the others inflicted by taking a carving knife used at annual Thanksgiving dinners to mutilate his family.

"The Manson family are terrorists, albeit homegrown," he said. "They're long before their time. What we're seeing today, these people were back in the 60s."

At her last hearing in 2013, a parole commissioner told Van Houten she had failed to explain how someone as intelligent and well-bred as she could have committed such cruel and atrocious crimes.

Van Houten told the panel she had been traumatized by her parents' divorce when she was 14, her pregnancy soon after and her mother's insistence she have an abortion. During the hearing, she apologized to everyone she had harmed.

Van Houten did not participate in the Tate killings but went along the next night when the La Biancas were slain. She was 19 at the time.

During the penalty phase of her trial, she confessed to joining in stabbing Rosemary La Bianca after she was dead.

Van Houten's conviction was overturned on appeal. She was retried twice and convicted in 1978 of two counts of murder and conspiracy.

Manson, 81, and other followers involved in the killings are still jailed.

Patricia Krenwinkel and Charles "Tex" Watson have each been denied parole multiple times, while fellow defendant Susan Atkins died in prison in 2009.

Davis was approved for parole but Brown blocked his release in 2014. Davis was not involved in the Tate-La Bianca murders.
Related topics:
paroleu.s. & worldcharles manson
Copyright © 2021 by The Associated Press. All Rights Reserved.
U.S. & WORLD