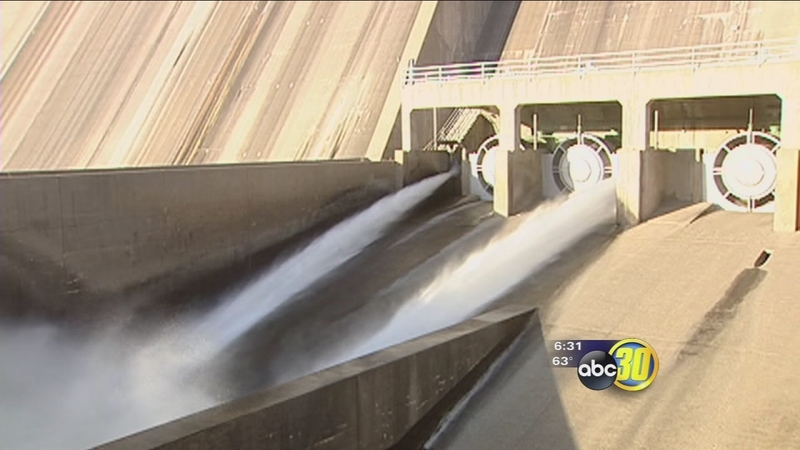 FRESNO, Calif. (KFSN) -- A lot of California's aging dams are falling behind on inspections and may be operating without an emergency action plan.

The marina at Lake Success has rarely been higher than it is this winter, but what's good for business may be a white knuckle moment for people living downstream. The lake is about as high as its been in a decade and the National Inventory of Dams shows Success Dam hasn't been inspected since September 2013.

"One problem the state has -- and it's not unusual to California -- is regular, long-term funding for flood infrastructure - inspection, maintenance, keeping things going," said Dr. Jay Lund, a water infrastructure expert at UC Davis.

A January 2016 report showed four of Tulare County's 11 dams were behind schedule for inspections. At Lake Success, the Army Corps of Engineers tells Action News they're doing basic visual inspections every day. They also do pre-flood inspections every year, most recently in September 2016. And the dam is on a 5-year inspection rotation, so it's not due for a full inspection until next year.

In Fresno County, inspectors hadn't checked nine of 46 dams on a timely basis.

"There's always the possibility that some condition has begun to develop and if you're not timely in your inspections, you might miss that," said Mark Ogden of the Association of State Dam Safety Officials.

In fact, Ogden says California does a good job maintaining its dams.
The state has a lot of dams considered high hazard -- which factors the chance of failure with the possibility for loss of life. And a 2013 report card from the American Society of Civil Engineers shows only about 45% of those have emergency action plans in place.

The Bureau of Reclamation tells us it has them for all its dams, including Friant.

But since 9/11, terrorism fears have meant those emergency action plans are usually hidden from the public, including the people most at risk.

"I wouldn't panic," said Ogden. "But if I was one of those folks, I'd make sure there was an emergency plan in place for whatever dam you're near."

Ogden suggests you talk to your local emergency manager or the owner of any dams near you.

Below is a list of dams and the last time they were inspected:

NOTE: This list comes from the January 2016 National Inventory of Dams. This is a static report and may be dated. 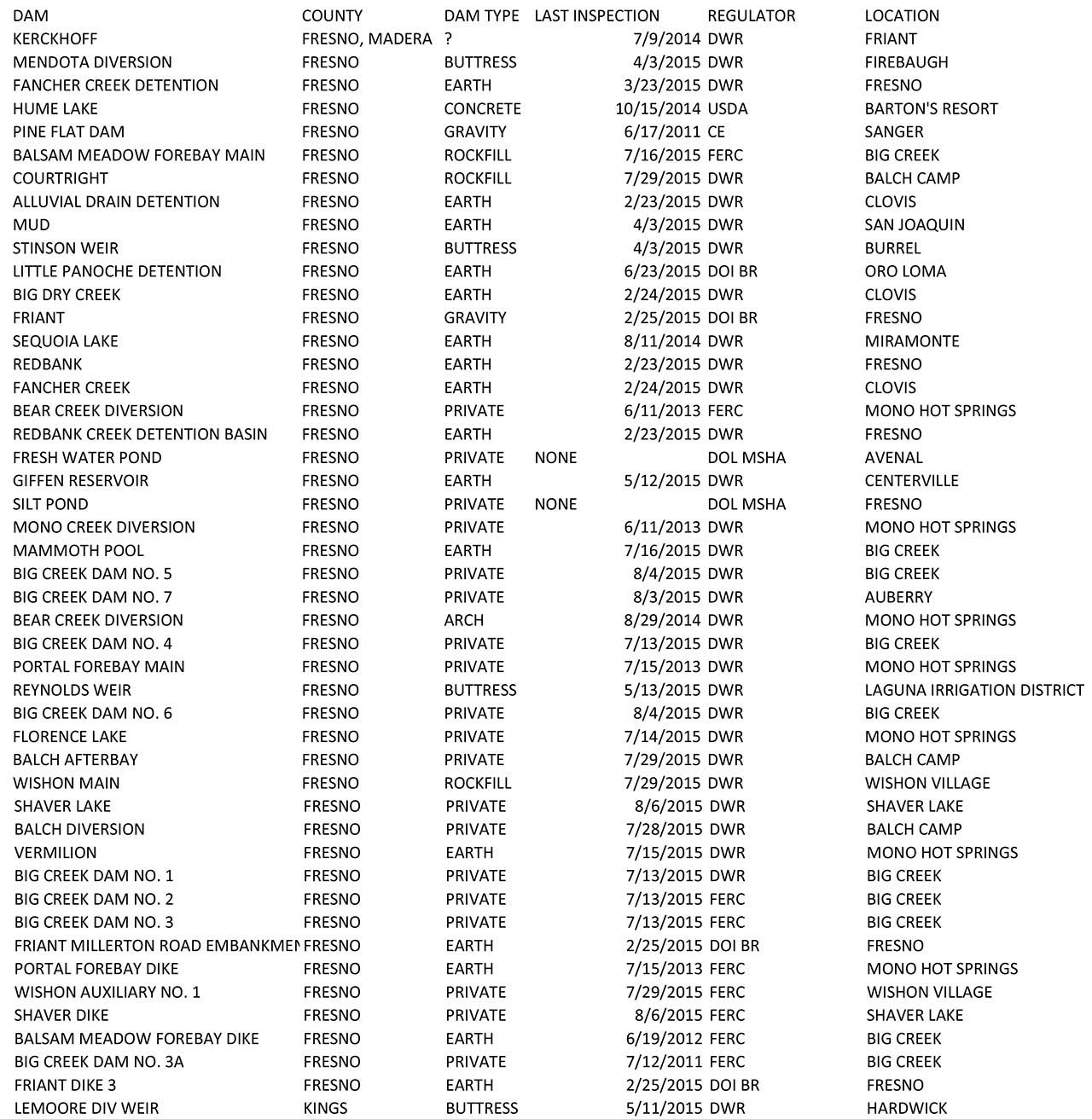 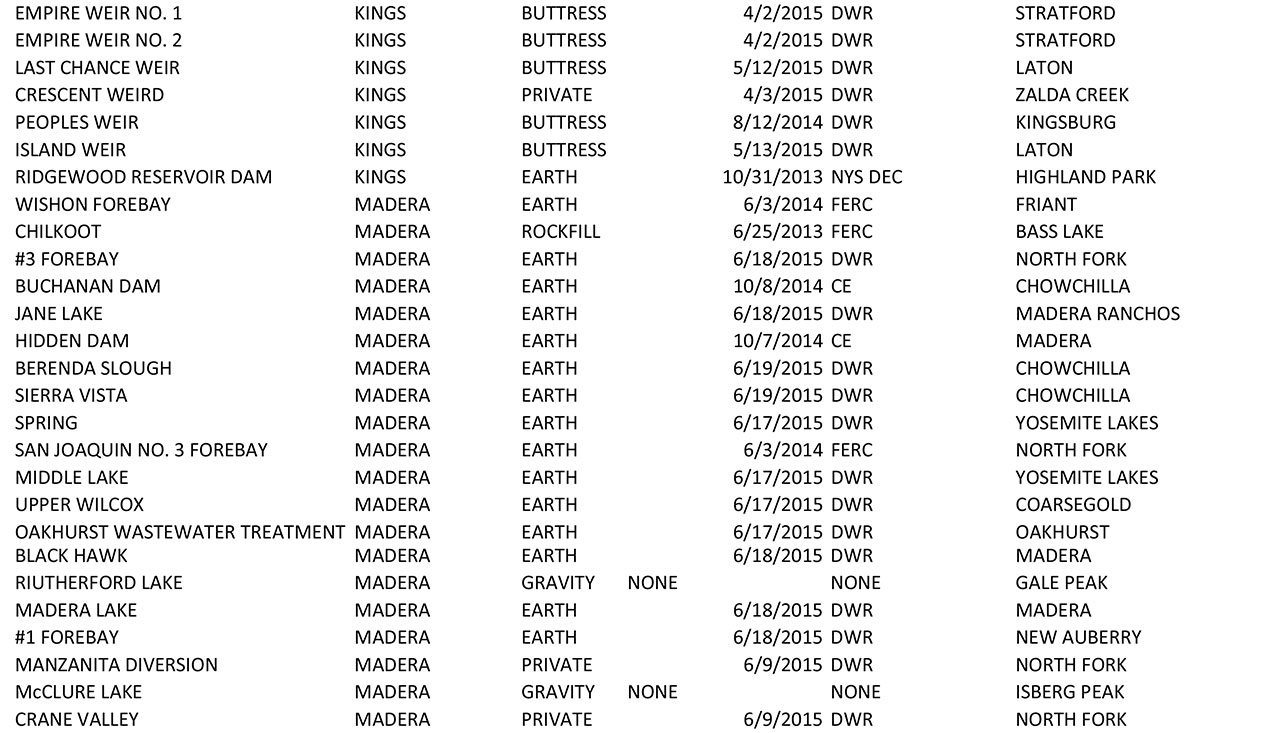 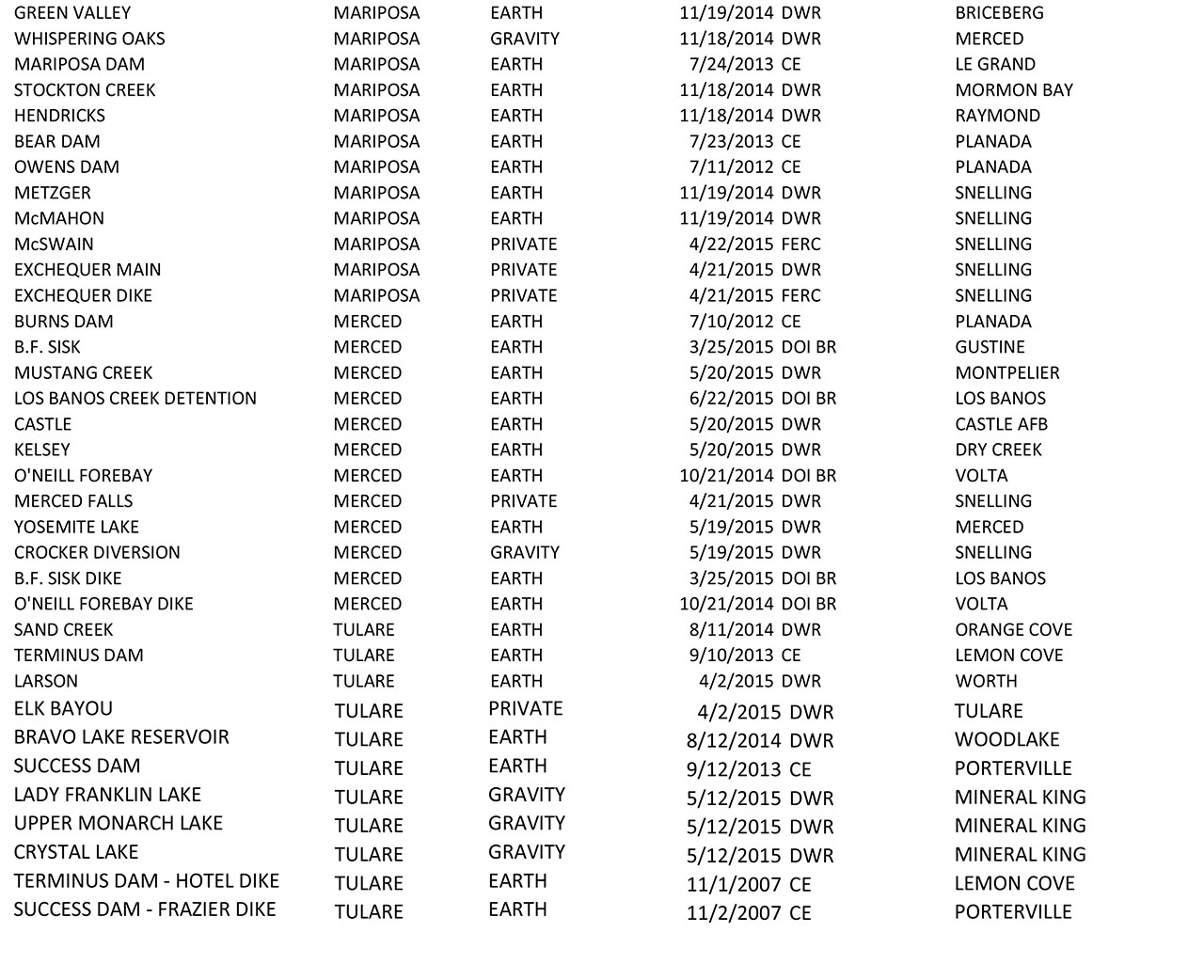