California releases plan to use 1 drug in executions 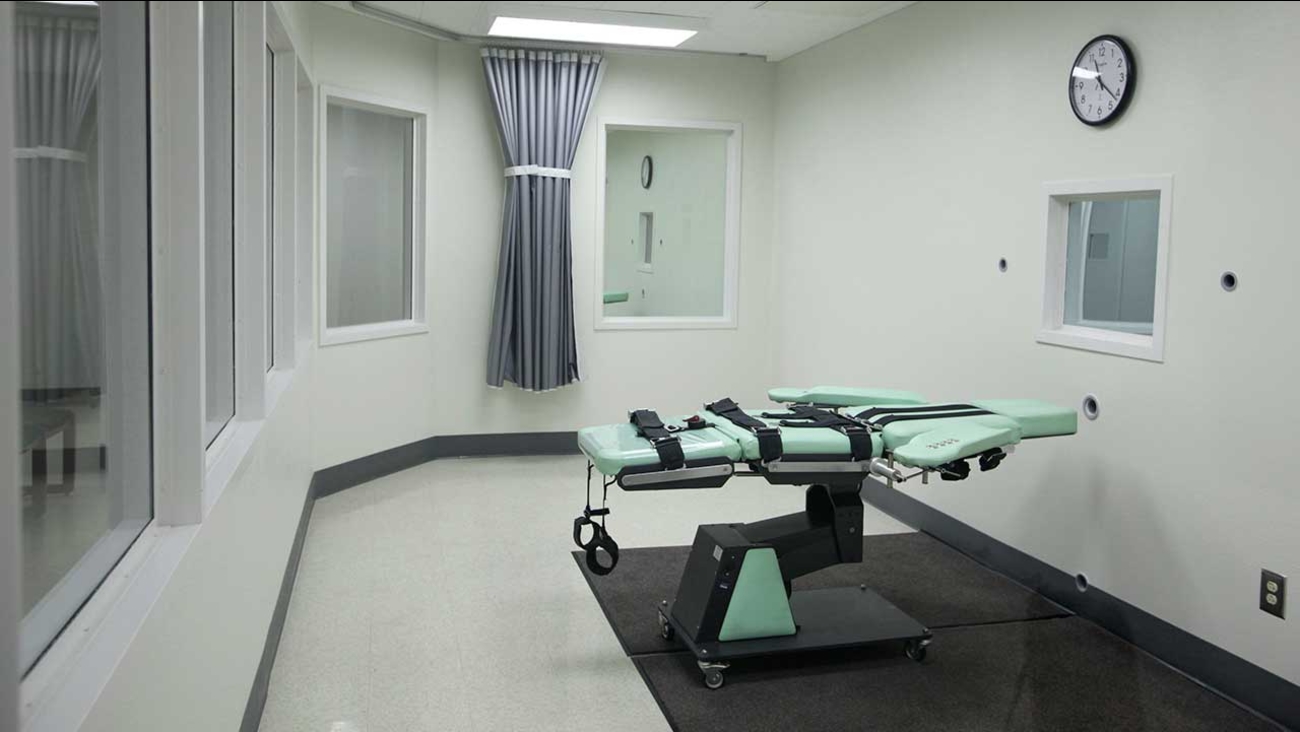 SACRAMENTO, Calif. -- As states deal with a nationwide shortage of execution drugs, California proposed Friday to allow corrections officials to choose one of four types of powerful barbiturates to execute prisoners on death row, depending on which one is available.

The single drug would replace the series of three drugs that were last used when Clarence Ray Allen was executed in 2006, strapped to a gurney in the old gas chamber of San Quentin State Prison.

The proposal would allow the warden of San Quentin to choose between amobarbital, pentobarbital, secobarbital or thiopental to impose the death penalty.

It also puts the projected cost of an execution at nearly $187,000 and retains the option for inmates to choose the gas chamber for their execution.

Eight states already have used a single drug for executions, and five others have announced plans to switch to the method, according to the nonprofit Death Penalty Information Center, which opposes executions and tracks the issue.

However, law professor Robert Weisberg, co-director of the Stanford Criminal Justice Center, expects many more years of complex legal challenges before anyone is executed in California.

"The lawyers who are going to litigate these things are going to demand Nobel Prize detail on the differences between these drugs, and if there's any difference, why are we letting a warden make the decision," he said.

Executions in California stalled in 2006 amid legal challenges, but federal and state judges suggested the state could resume the punishment if it began using a single drug.

That led Gov. Jerry Brown to say in 2012 that California would consider a single-drug lethal injection. However, the process lagged for three years until a judge sided with the Sacramento-based Criminal Justice Legal Foundation, which sued on behalf of relatives of murder victims who said they are affected by the long delay in executions.

"Resumption of executions in California is at least a foreseeable possibility now," said Kent Scheidegger, legal director of the foundation.

He praised the state for moving to allow the drug options. But he and Death Penalty Information Center executive director Robert Dunham said at least two of the drugs carry practical difficulties, even though they have been used to executive prisoners in other states.

Thiopental is not made in the U.S. and the maker of pentobarbital bans its use for lethal injections. Still, Texas has been using pentobarbital that appears to have been acquired from a compounding pharmacy.

Using a single lethal dose of a barbiturate could sidestep legal problems that followed botched executions in other states that used multi-drug methods including the sedative midazolam. The U.S. Supreme Court narrowly upheld the use of midazolam in June.

Publication of the proposed California regulations triggers a 75-day public comment period capped by a public hearing on Jan. 22. Even the 747 inmates awaiting execution on death row can comment. There were more than 29,400 written comments the last time the department tried to adopt such regulations.

California is moving ahead even as the 9th U.S. Circuit Court of Appeals considers whether to overturn a ruling by a federal judge in Los Angeles County saying the state's death penalty takes so long to carry out that it has become arbitrary and unfair.