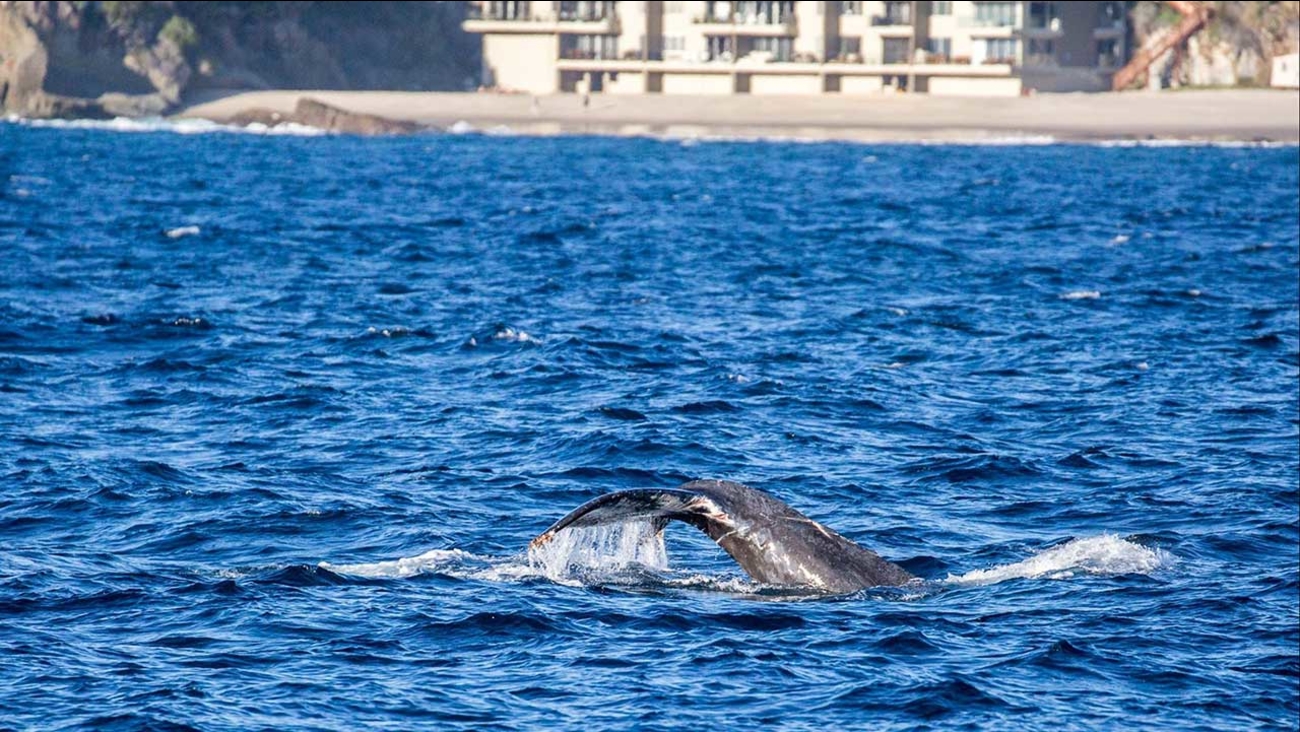 LONG BEACH, Calif. -- Rescuers on Saturday managed to free a humpback whale entangled in hundreds of feet of fishing line, and it swam away southwards.

"We hope we gave this whale a second chance at life," said Kelly Terry, a spokeswoman for SeaWorld in San Diego, which sent a rescue team to free the huge mammal.

The adult humpback, estimated to be 35 to 50 feet long, was spotted Friday off the Orange County coast about 45 miles south of Los Angeles. It was entangled from its mouth to its tail and what appeared to be nylon rope streamed behind it.

A team with the National Oceanic and Atmospheric Administration was able to cut away up to 100 feet of rope and buoys - possibly from a lobster trap - but the whale became agitated and dove deep, eluding rescuers for the rest of the day.

It moved about 60 miles south and was spotted again Saturday off La Jolla Cove in San Diego.

In a three-hour operation, the Sea World team was able to cut away more than 230 feet of remaining line, leaving only some line in its mouth, Terry said.

The whale is believed to be the same creature that was seen struggling with ropes several days ago off Santa Barbara, about 75 miles northwest of Los Angeles, said Justin Viezbicke, a NOAA program specialist who was part of Friday's rescue effort.

NOAA's whale rescue team has responded to about 50 entangled whales since January - a spike that could be attributed to warmer waters bringing the giant animals closer to shore, where they encounter fishing gear, Viezbicke said.

Experts are trying to understand how the whales are getting entangled in the lines, he said.

In this case, the rescue team was able to cut away some buoys that contained identifying information that will allow scientists to figure out where the whale became entangled.