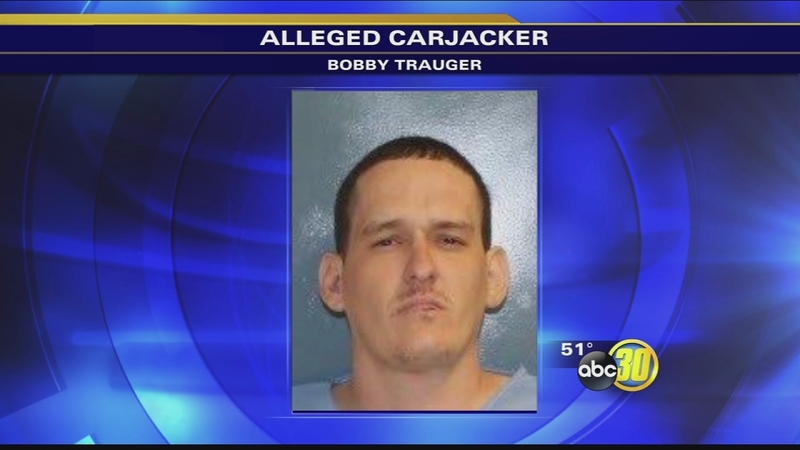 FRESNO, Calif. (KFSN) -- A man is in custody Sunday after trying to steal a car at knifepoint.

Police said they first received calls about 29-year-old Bobby Trauger trying to break into cars around 4 p.m. near Center and Santa Fe Avenues in Visalia. Officers said Trauger tried carjacking a woman and threatened her with a knife, but the woman managed to get away unharmed.