Authorities have arrested Cecilia Cabrera's husband and his other wife.
KFSN
By Brian Johnson 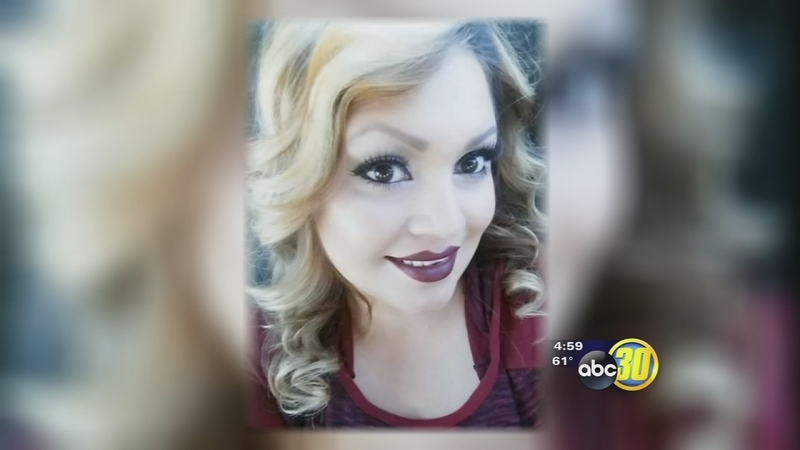 Nearly half a year after she went missing, Tulare County Sheriff Mike Boudreaux said his department has solved the Cecilia Cabrera case.

Unfortunately, they believe the 30-year-old mother was murdered, and still have not located her body.

Cabrera's burned-out car was found in an orchard near Traver on June 9th.

Tuesday, the Sheriff announced the arrests of 37-year-old Francisco Valdivia, Cabrera's estranged husband, and his other wife, 39-year-old Rosalina Lopez, of Mexico.

Boudreaux said Valdivia was married to both women at the same time and believes he used Cabrera to try and obtain legal residency in the United States from Mexico.

Valdivia was the last person seen with Cabrera at Tachi Palace in Lemoore, and a week later, he was arrested on unrelated marijuana cultivation charges in Goshen.

"I can tell you that there (have) been threats made on her life by the suspects who are in custody," Boudreaux said. "I'm confident that these people are responsible for her death."

The sheriff said the motive for the murder revolves around the relationship between Cabrera and the two suspects. He couldn't release specific details on the investigation but said they have significant digital forensic evidence to support their case.

Boudreaux added that they're confident the district attorney's office will file homicide charges against the two suspects. But detectives still want to find Cabrera's body, so the sheriff encouraged anyone with information to contact them.

"It can be the turning point in this case to help locate the body," he said "We have no doubt that the people responsible are in custody but to the family, as I met with them this morning, we would dearly like to have the body brought back to the family, so that they can provide proper services."

Cabrera's family was too upset to speak Tuesday. They have long been waiting for answers, but this was not the one they wanted to hear.