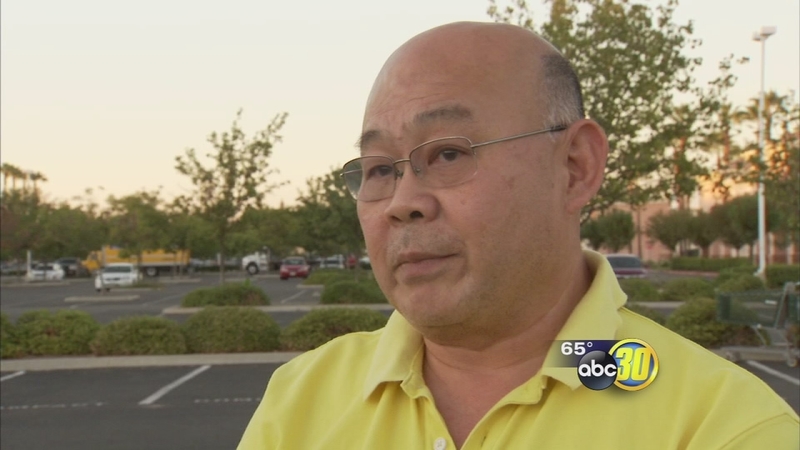 FRESNO, Calif. (KFSN) -- A victim says he's not backing down from a suspect who stole his phone.

It started from a Craigslist ad and an iPhone for sale. The transaction quickly turned violent, and it's all caught on video.

When he's driving, a camera is rolling. A Fresno robbery victim doesn't want us to share his name. But free advice, he's willing to give. "If you buy a dash cam don't buy a cheap one. Buy one with high resolution that can catch good pictures," said the victim.

The tips he gives, come from mistakes he's made, on the day he met a man at an East Central Fresno home. Trying to sell his iPhone, the victim met him on craigslist. They met at the man's house. Or so he thought. "When police show up we found out that he actually doesn't live there and that the house is vacant," said the victim.

In the video the suspect creeps out of the backyard but the trade quickly turned violent. "He comes up to the front of the vehicle and makes conversation with the victim. that's where he robs him and assaults him and forcefully takes the cell phone away," said Sgt. Mark Hudson of the Fresno Police Department.

As police search for the suspect -- the suspect is searching for redemption. He's been texting the victim since last week -- on the same phone that police said he stole.

"He said he knows he made a mistake. He wants me to give him a second chance but no it doesn't work out," said the victim.