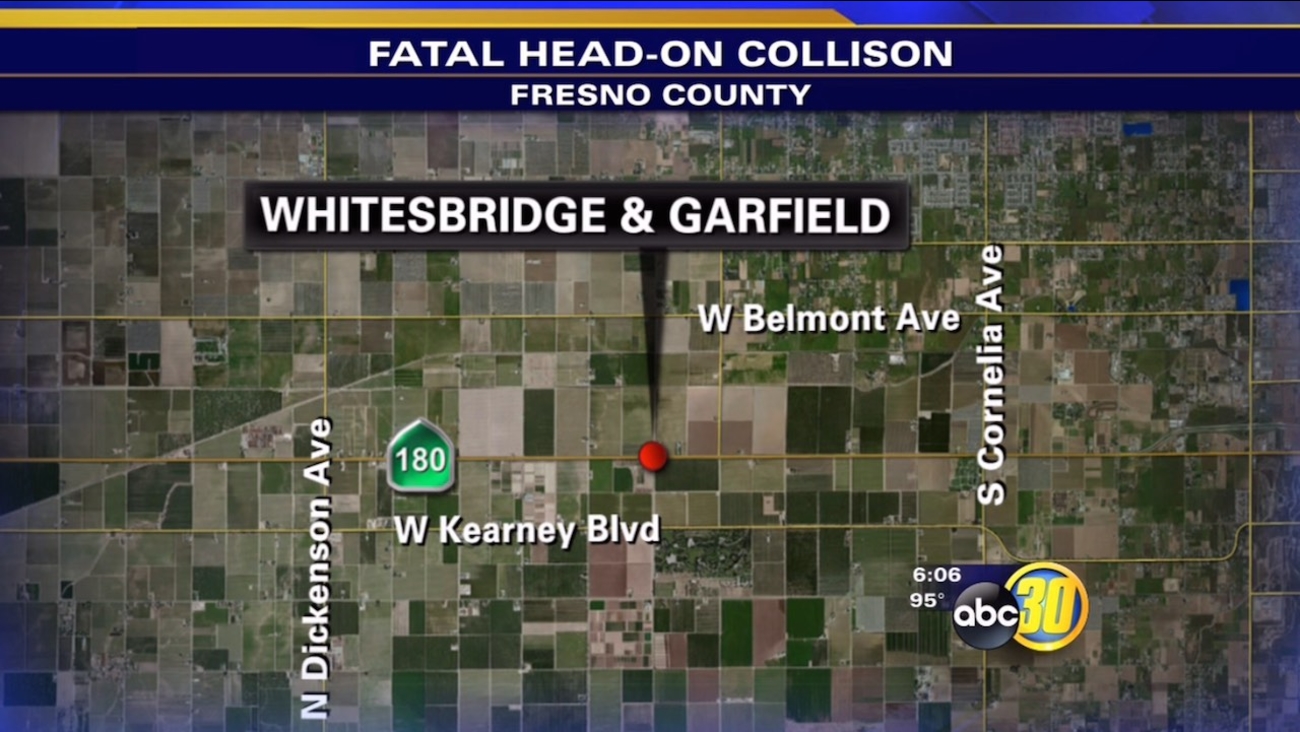 FRESNO, Calif. (KFSN) -- A man is dead after a head-on crash in Fresno County. It happened on Whitesbridge Avenue near Garfield Avenue around 2 a.m. Sunday.

California Highway Patrol officers say a Chevy Silverado was headed westbound on Whitesbridge. They say the driver crossed into oncoming traffic and collided with a Mercury Topaz going east.

The 36-year-old driver of the Mercury suffered major injuries and later died at Community Regional Medical Center in Downtown Fresno. His passenger, a 56-year-old man, was also taken to the hospital with major injuries. The 74-year-old man driving the truck was treated for minor injuries.

Authorities have not released the victim's name. The cause of the crash is still under investigation.