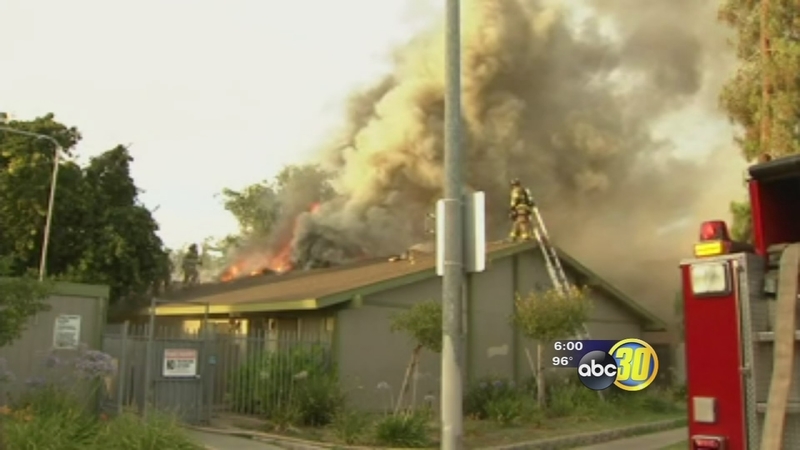 The fire broke out Friday night at the Parkwood Apartments on Shields near Sierra Vista.

Families say they're salvaging what they can from their apartments. But with the amount of water damage and fire destruction, it doesn't look like they'll leave with much.

Fresno firefighters say there are safeguards that could've prevented the single-story apartment complex from burning up in flames.

"There's one big attic over all 10 units. Within our houses, it's all one family unit and one attic," said Fresno firefighter John Creasy.

The preliminary investigation reveals the fire started in a centrally-located apartment. A cigarette butt caught fire then spread throughout all 10 units of the apartment complex. Creasy says had there been breaks between each of the attic units, it's likely the fire wouldn't have spread as quickly.

President Ford lives in one of the apartment units. He says it's unlikely he'll be able to salvage anything from the mess.

"They covered my bed up, but most of it is water damage and I don't really want to look at it," he said.

Ford says the Red Cross is offering tenants a place to stay through Monday and money to buy clothes and food.

Action News has been told that three people were treated for minor burns and smoke inhalation but they were released from the hospital late Friday night.

As far as the building, it will have to be reconstructed and that'll likely take three to four months. Until then, the tenants are staying in other apartments owned by the management company.