Clovis man injured while breaking up a knife fight 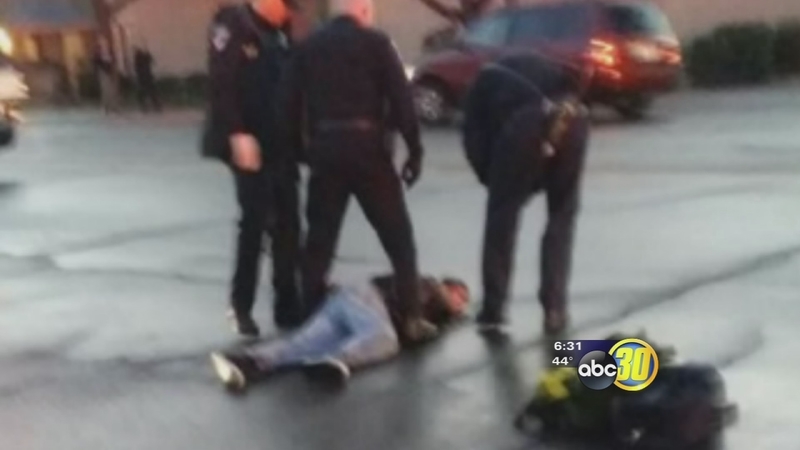 Clovis man injured while breaking up a knife fight

CLOVIS, Calif. (KFSN) -- A Clovis man almost lost a thumb while breaking up a knife fight, but he may have saved a life in the process.

"My wife was honking the horn and they weren't stopping, the guy wasn't stopping his attack," said Stephen Madrigal.

Madrigal was at the corner of Peach and Gettysburg Thursday night when a man started punching and shoving another man into the street, "He fell back, he was not really defending himself."

He said other people were standing around, but no one was doing anything so he sprinted over and got in between the two men. One of them, he said fell on top of him and the other pulled out a knife. "The other individual who was being attacked decided to start stabbing as I was trying to hold him down," Madrigal added, "he started trying to stab him in the side and just about cut my thumb in half."

Madrigal's thumb was sliced to the bone. Still, he didn't give up. Instead, he used reason to try to break things up. "I started yelling at both of them, 'what's wrong with you guys?', I told the other guy, 'drop the knife, it's not worth going to prison for the rest of your life,'" Madrigal said.

He said the knife dropped to the ground and police detained both men. All 3 ended up going to the hospital for wounds that will heal-- a blessing, Madrigal's wife Rosalie said, "Even though it's setting him back, physically, financially, whatever, he did save some kind of life, everything happens for a reason and we were there for a reason."

"I didn't hold back," Stephen Madrigal added, "I thought I was gonna help somebody and I believe I did still."