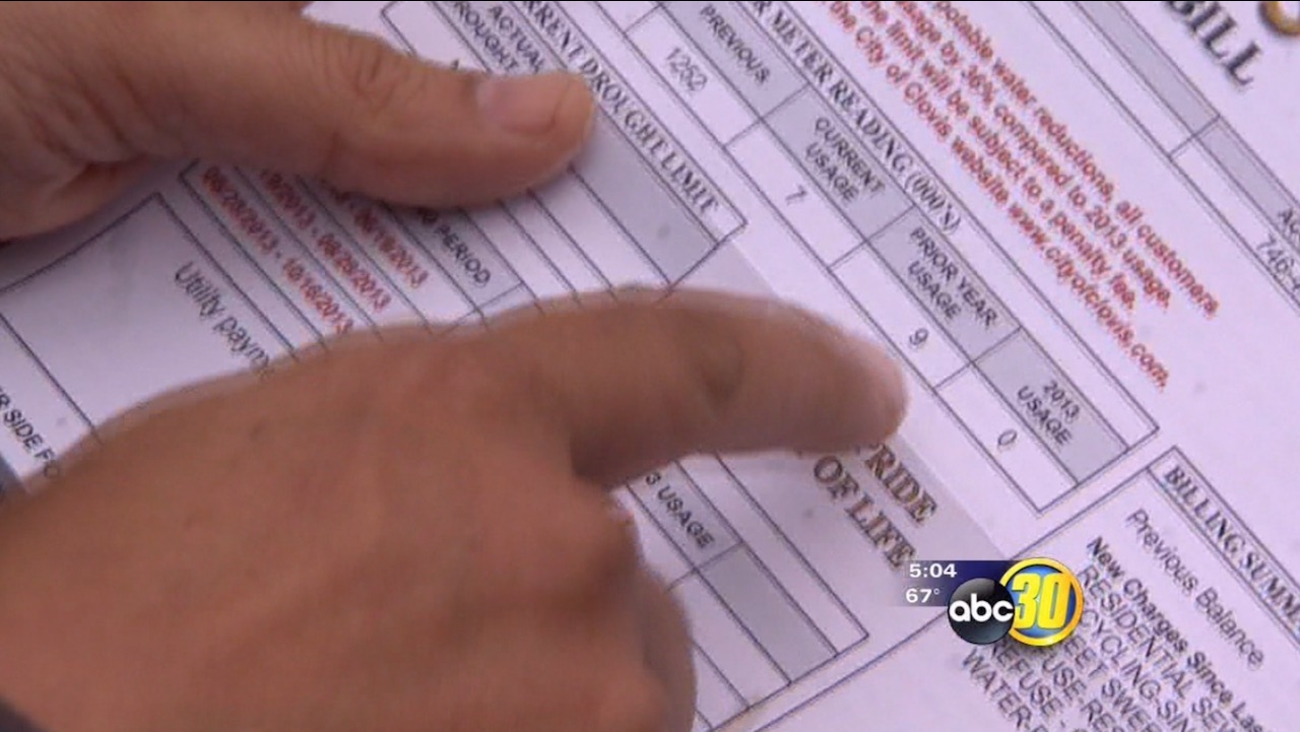 The bill shows a lot of numbers, boxes, dates, and meter readings. But that's where the details stop, and city leaders admit it's confusing.

CLOVIS, Calif. (KFSN) -- The latest round of mailers detail water usage. The problem is, it doesn't offer much of an explanation leaving city residents wondering where, and how to cutback.

If you live in Clovis, you got a bill like listing a bunch of numbers, and saying you need to cut 36 percent on your water usage. But that's where the details stop, leaving a lot of people thoroughly confused about conservation.

Not many things will bring people into the streets of a Clovis neighborhood, but these days there's a lot of buzz about what's in the mailbox.

The "Utility Service Bill" doesn't usually get this much attention, but in this drought, it's got everyone talking.

It turns out, the residents Action News found in the street, are also calling the city looking for answers. The bill shows a lot of numbers, boxes, dates, and meter readings. But that's where the details stop, and city leaders admit it's confusing.

Here's the basics about that bill in your mailbox:

- The current water meter reading is in thousands of gallons.
- To get your water limit, you'll need to do the math -- multiplying your prior usage by 64 percent.

The city suggests residents read their meter once a week, and they say, residents have no choice but to follow the state's new mandate. "The city doesn't want to do this. It's not how we do business. We like to support our customers, not penalize them for using a service we're providing," said Koehn.