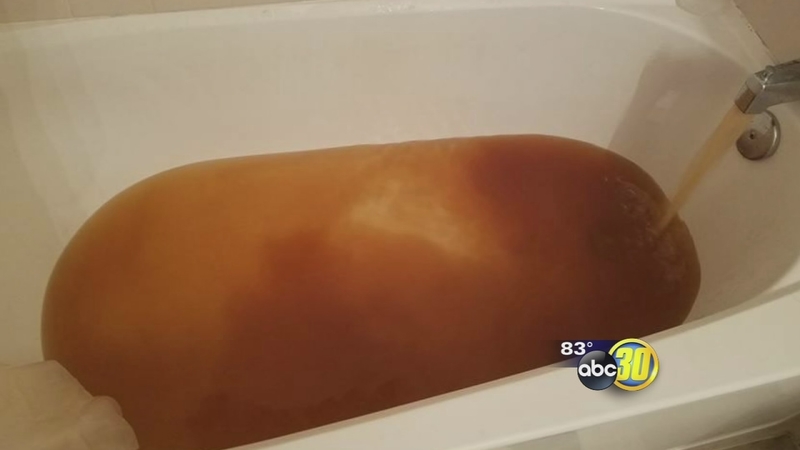 On Friday, a water main broke which led to dark, discolored water and a flood of complaints and it also exposed a much deeper problem with contaminants like uranium and arsenic. For many, it's a matter of health and many people are demanding a solution.

"Sometimes it's just brown," she explained. "It could be a light brown to a very dark brown."

Either way, she said it's not good to cook with or to wash clothes and this glass went down the drain.

Kudra is part of a much bigger group and her complaints hit Facebook after a water main cracked under pressure. On Friday, the main finally opened up and it started gushing thousands of gallons of water through a 20-foot crack. This led to some very dirty water and people posting pictures of bathtubs, sinks and washing machines filled with it.

Stephen Acree, who lives up the hill from the break, turned his tap on for us and for a few seconds, it was muddy.

For him and many others, the problem runs deeper than a broken pipe. Some wells pump water, tainted with traces of uranium and arsenic and the Hillview Water Company is aware of it.

Jim Foster is the general manager he said there are plans to treat it but those plans have been delayed by state and environmental issues.

"The time delay is bad but it's helped get things better," he said. "It's not going to be very long and we're going to have a very excellent water system."

It's unclear how long it'll take but he said two new treatment plants will be built with grants. Storage will eventually be increased and three new wells have already been installed.

In the meantime, he said, the water is okay to drink.

"We don't have any notices or any systems where the water is unsafe to drink," Foster said.

Acree said he hasn't had a drink of it in 15 years and he's not willing to start now.