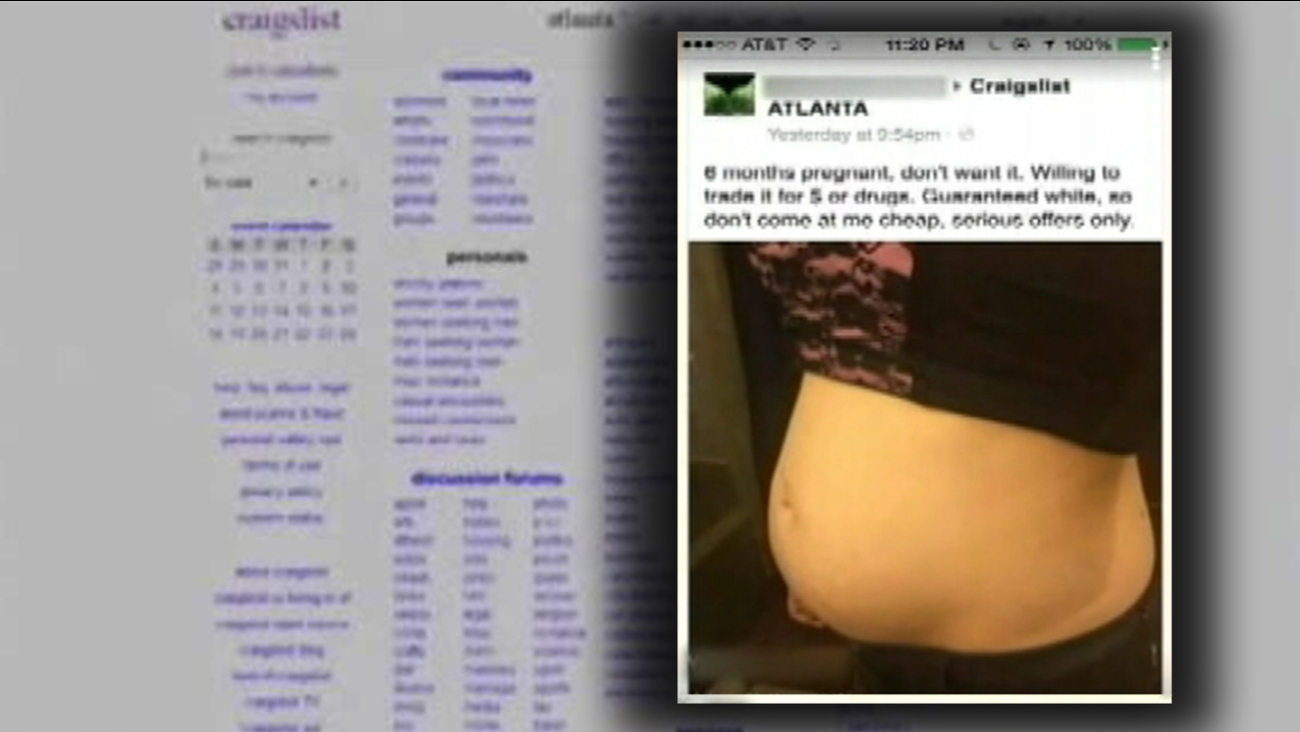 An Atlanta area Craigslist ad shows a pregnant woman who claims she wants to trade her unborn child for money or drugs. (WSB-TV)

ATLANTA -- Atlanta police say hundreds of people have contacted them regarding a Craigslist ad with claims that a pregnant woman wants to trade her unborn child for money or drugs.

Atlanta police say in a statement they've turned the case over to the Georgia Bureau of Investigation, which is trying to determine whether the offer is real or fake.

GBI spokeswoman Sherry Lang tells ABC affiliate WSB-TV the agency isn't sure whether the ad is a hoax, but that is a "definite possibility."

"We have gotten a lot of tips, we've gotten tips from various sources and the National Center for Missing and Exploited Children," Lang said.

The ad shows a picture of a pregnant woman and reads, "6 months pregnant, don't want it. Willing to trade it for $ or drugs. Guaranteed white, so don't come at me cheap, serious offers only."

Atlanta police said in a statement on the department's official Facebook page that the ad is "highly disturbing and suspicious" but no law has been broken yet.