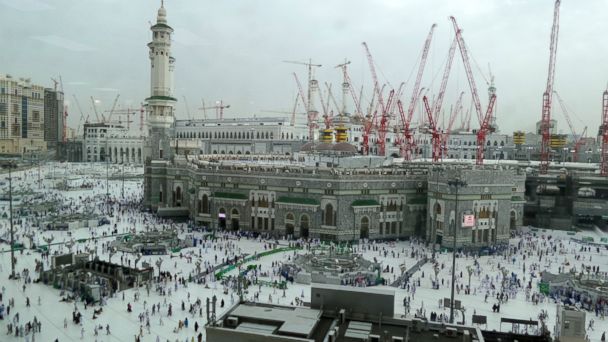 At least 107 people have been killed and 238 others injured after a crane collapsed at the Grand Mosque in Mecca in Saudi Arabia, according to local authorities.

The Saudi civil defense confirmed via Twitter that both the death toll and injury count continue to rise.

The deadly incident came as the city is preparing for the annual pilgrimage to Mecca, which draws millions of worshipers to the area.

Photos posted by the Saudi Civil Defense show portions of concrete that appear to have collapsed in the incident and guards responding to the scene.