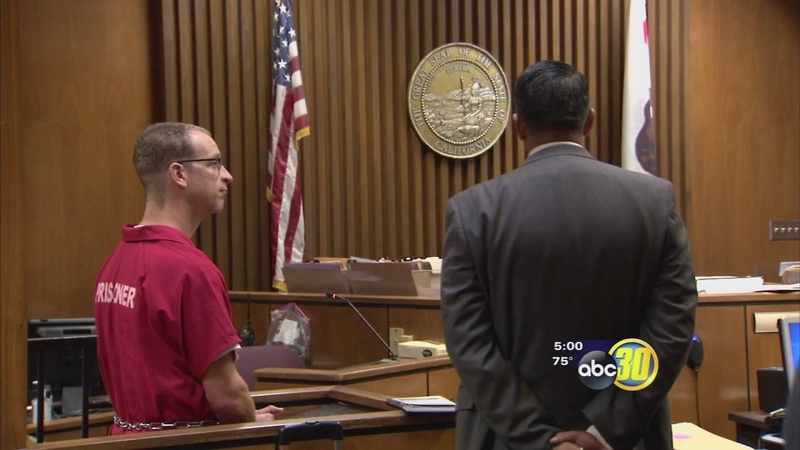 Klassen is accused of having sex with a student--- and prosecutors say this isn't the first time it happened.

He lost his bid to get out of jail Tuesday. A deputy arrested Klassen at his last court hearing two weeks ago when the judge set his bail at $860,000. He's facing 37 felony charges for his relationship with a student, and investigators say it's actually the same blueprint Klassen followed about 15 years ago.

Darren Klassen's wardrobe has consisted of a red jail jumpsuit for two weeks now, as he's been unable to post bail after it jumped from $80,000 to $860,000. But many of his family members and friends haven't lost faith in the English teacher accused of engaging in sexual behavior with one of his underage Fresno High School students.

Action News uncovered their letters trying to convince a judge to reduce the bail.
They argued Klassen wouldn't be a risk to the community and mentioned how the increased bail amount is a hardship on the entire family. "There are a lot of individuals Mr. Klassen has affected in a positive manner," said his attorney, Adam Rodriguez.

Prosecutors disagreed. Richard Thomas took issue with one letter in particular, seeming to blame the victim for being "eager to do what she did.Police say what Klassen did was statutory rape, starting when the girl was 16 and lasting for almost two years.

Prosecutors say Klassen manipulated the girl right up to the end as she tried to break up.

And they say he's done it before. In court documents, they say Klassen began a sexual relationship with his second wife while she was a student of his at Madera South High "She was a student of his when he was a teacher," Thomas said. "She even told the police that the pattern was the same with this victim and with what happened with her."

Klassen's defense attorney says the Madera student was 18 and nothing was legally improper. But the judge refused to make it any easier for Klassen to shed the red jumpsuit because of the trust he's accused of violating.

"We send our kids to school with the understanding and belief that they're being sent there and they're being safe," said Judge Brian Alvarez of the Fresno County Superior Court.

Rodriguez says it's unlikely Klassen will make bail, but if he does, he'd move in with his parents.