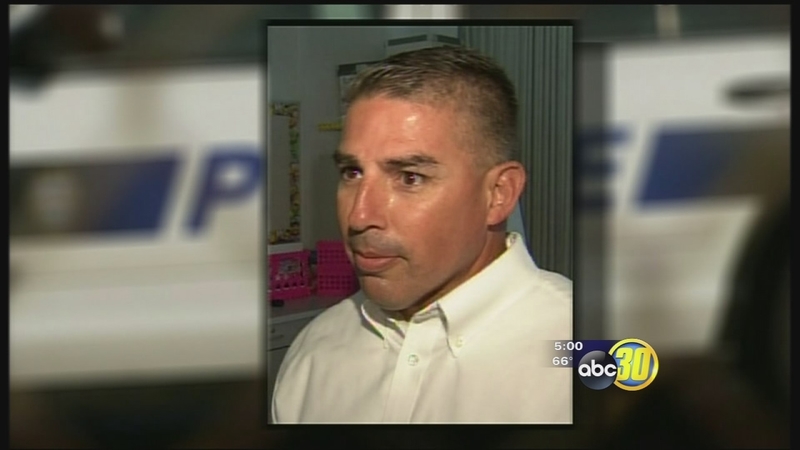 A South Valley legend so popular he became the subject of a Disney movie has taken a hard fall.

Damacio Diaz was a subject of the movie McFarland USA and became a Bakersfield police officer. But federal agents arrested him at work today. Diaz may be a free man later tonight, but he's facing life in prison for allegedly helping a meth dealer get drugs and stay undetected, all while he was supposed to be a narcotics detective.

As he walked a Hollywood red carpet in February and talked to Action News anchor Graciela Moreno about McFarland USA, little did Diaz know his life was ready to unravel. A couple weeks later, the Bakersfield Police Department put him on leave after a federal investigation started to reveal an alleged connection to a major meth dealer.

The Feds said Diaz was cheating the system in several ways -- for one, by stealing cash for drug buys or stealing the drugs from drug buys. But even worse, they say he tipped off the drug dealer when police might be coming his way, even giving the guy information from a secret wiretap. "It was damaging. We don't know that anyone was physically injured as a result of it, fortunately. And difficult to say what opportunities were missed or how much damage was done," said Benjamin Wagner, US Attorney.

Diaz was a Tulare county sheriffs deputy years ago, but he's been at the Bakersfield police department for 17 years, the last four as a narcotics detective. The Feds arrested him at the department Friday morning and removed evidence. They also plan to seize about $50,000 in cash and a home in an exclusive McFarland neighborhood.

His wife and family, including a brother who works at McFarland high school, all supported him in court Friday afternoon. They still believe in him, and so does his attorney, David A. Torres, who said, "He is and was a hero, in my opinion, and he is the same Damacio Diaz he is."

But his chief is ready to turn his back. "I think it goes to show that sometimes the portrayal of images, and good work that has happened in the past, sometimes comes to what we see today and that people aren't always what they seem," said Greg Williamson, Bakersfield police chief.