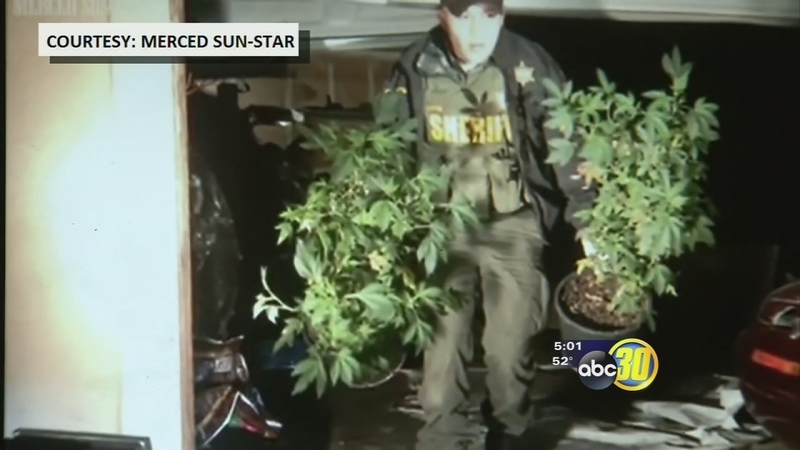 A massive indoor grow of marijuana plants was found inside the home's three bedrooms. The homeowner says the people renting the home seemed like a normal family, and when she came to check on the home a couple of months ago, she never saw anything out of the ordinary.

Neighbors, however, say they were suspicious when they saw cars often coming and going from the home. The homeowner says it could have been worse, but as she sweeps the garage of where the fire started, she says she never would've guessed what was going on inside.

"We were really shocked, very shocked," the homeowner said. "Yesterday, when we came over and saw the rooms, it was very surprising to me."

The MCSO says the fire broke out early Friday morning at a house along Tokay Circle in Winton. They say it started from the electrical box which was stealing power. Deputies found a massive indoor marijuana grow inside with almost 200 plants filling every room in the house.

"We did not have any clue about what was going on," the homeowner said.

Merced County Sheriff Vern Warnke says with new legislation making the recreational use of marijuana legal in California, they plan to see this happening more often.

"It's not just in this county, it's going to be throughout the state," he said. "The unfortunate part is that punishments are very weak."

Warnke says in August, they had another house illegally stealing power and growing several marijuana plants also go up in flames. He says marijuana has always been prevalent in Merced but is quickly growing to be a bigger problem.

"It's taken guys off the street to deal with this," Warnke explained. "We're struggling through it."

The homeowner says she checked on the house four months before this incident.

"We looked into the bedrooms bathrooms everything," she said. "No suspicion whatsoever."

She says the renters managed to get their few belongings, leaving nothing but the house keys and the damage that will cost her thousands to fix.

"It's scary," she said. "You think you may know your neighbors but you really don't."

The department says there were no injuries and no damage to any other structures. The suspects are still at large, but Warnke says the suspects may have already been identified and deputies are working on locating them.