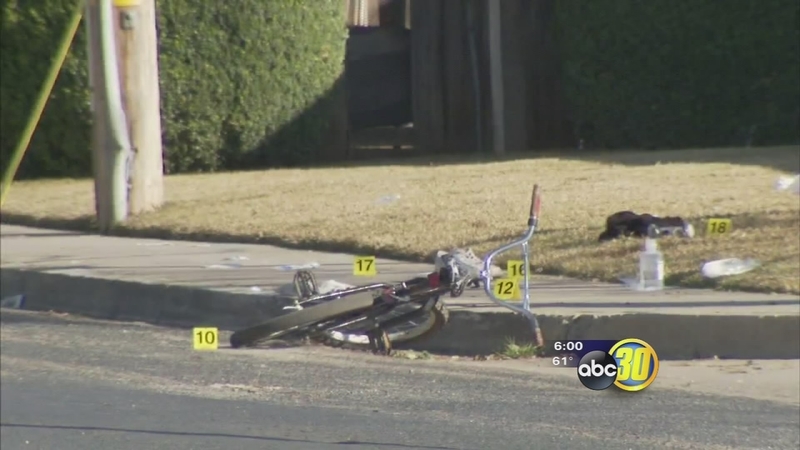 FRESNO, Calif. (KFSN) -- Investigators are still collecting evidence and talking to witness to try and solve this crime. They say the victims are 18, 19 and 20-years-old.

A bicycle lays on the ground in the middle of numerous evidence markers where the Tulare County Sheriff's office says three young men were shot while riding their bikes. "The suspect came into the intersection on foot shot at them and fled on foot into a vehicle," Teresa Douglass with the Tulare County Sheriff's office said. "And we are now looking for one suspect and there could be a second suspect."

Deputies say the 18-year-old was shot in the back and suffered the serious injuries while the other victims received only superficial wounds. Investigators believe the shooting is gang related.

"We have a gang injunction in Cutler and Orosi," Douglass explained. "We have the trust of the community and they have come forward with some very good leads so hope we will hopefully solve this case"

People who live on this street say there was a young man shot and killed on this block back in October. Nino Lopez is thankful none of his family members were home when the shots rang out. "Just gang violence," Lopez said. "It's a good community a lot of good people here and would just like to see the violent stop."