Detectives searching for leads in murder of Mendota woman

KFSN
FRESNO, Calif. (KFSN) -- UPDATE: Authorities identify the victim as Marty Sepe, 46, of Mendota and said three suspects have been arrested.
---
Sheriff's detectives are questioning potential suspects in the shooting death of a Mendota woman.

The 46-year-old woman was found bleeding on the sidewalk in front of a home Thursday night. The people being questioned were in a car that was stopped by Mendota Police near the crime scene Thursday night. Detectives aren't saying if they've been linked to the murder.

The victim's name has not been released but people in the neighborhood knew her as Marty - a woman who kept to herself. And a friend believes she may have been killed by drug dealers.

Mendota Police responded to a report of gunshots at around 10 p.m. Thursday night and found a wounded woman on the sidewalk. Paramedics were unable to save her, and a friend of the victim came to the scene and said she last saw the victim earlier in the evening.

"I saw Marti at 8:30 p.m. last night," friend Debbie Bridgeford said. "And she was leaving right here on her bike, she rode a bike. I rolled down my window and told her, 'Hi, Marty,' and she goes, 'Hi, Debbie.'"

Bridgeford said her friend came to Mendota about eight years ago and lived at this house in the 500 block of Stamoules Street, where she was shot. Several people were living in what looked like a homeless camp in the back yard. Her friend says she was a quiet, caring person, despite her poverty.

"She was a great person, she didn't hurt anybody," Bridgeford said. "She was a lonely person, kind of, she didn't have no family here, I don't know where her family was from."

Investigators do not have a motive for the shooting, but Fresno County Sheriff's Department Public Information Officer Tony Botti said several individuals have been questioned.

Mendota officers did see a car leaving the area," he said. "They made a traffic stop on that vehicle and found some people inside, they've since detained all of those folks and turned them over to our detectives."

Investigators have not revealed a motive, but Debbie has an idea.

"I think somebody was trying to tell her they wanted to claim this territory," Bridgeford said. "I think it was drugs, for sales, I think they wanted to claim this area so they could, you know, and she denied them. And I think that's what it was."
Related topics:
mendotahomicide investigationfresno county sheriff departmentfresno county
Copyright © 2021 KFSN-TV. All Rights Reserved.
RELATED 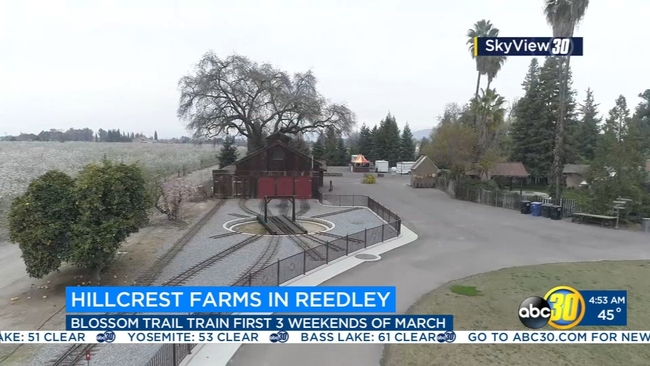