DIY or use a professional? What you need to know about home surveillance systems 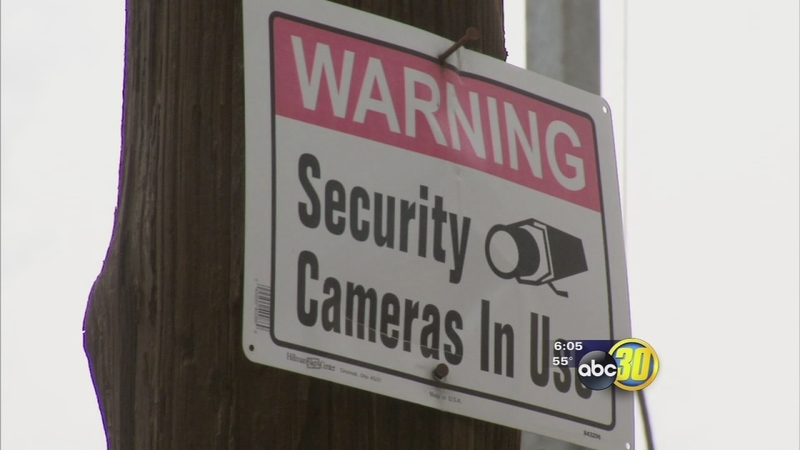 FRESNO, Calif. (KFSN) -- Inside the old communication center for Castle Air Force Base the team of Hoffman Electronic Security keeps a watchful eye on the homes of their 5,000 Central Valley customers, 24 - 7, 365 days a year.

"We've become so much of a visual society and it's almost now where if it's not on camera, it didn't happen," said Matt Hoffman, Hoffman Electronic Systems.

That's why Fresno City Councilwoman Esmeralda Soria believes cameras like these could have helped catch the criminal that burglarized her Tower District home. "Even if they get away, before they got here, we would have had someone on camera," Soria said.

The thief took jewelry and left an Oakland Raiders sweatshirt behind-- a clue perhaps, but not a face. But surveillance video gives homeowners a weapon to fight back.

A Mariposa couple was caught on camera taking items from the very home they were supposed to be protecting. Both were arrested.

Another man was exposed vandalizing Christmas decorations at a Clovis home. He hasn't been identified.

"Certainly we can put it out to the media, we can put it out on Facebook, and with Crimestoppers, people calling in, identifying a person on film, on video surveillance, we're certainly getting those tips that lead us to an arrest," Hudson said.

This summer we shared the story of former NFL player Bernard Berrian, whose surveillance video at his Northeast Fresno home helped land the burglary suspect, a longtime friend, in jail.

But it's not just football stars who feel the need to invest in surveillance. Hoffman says his company has seen at least a 30% increase in residential and commercial camera system installations in the last couple of years.

They can stand alone, or be tied to your home alarm system. When your alarm goes off, Hoffman accesses your surveillance feed, and can tell you and authorities if someone is dropping off a package, or stealing one off your doorstep.

"If we're able to tell them we're seeing somebody at this premises, they shouldn't be there, that's much better information to them than just well we've got a door alarm going off," Hoffman said.

"That certainly gives us that investigative tool but also it tells us that this is an actual crime that's occurring now and in progress so we will respond immediately," Hudson said.

Hudson says cameras can act as a deterrent, especially when they're part of an overall security plan--just make sure the camera is slightly hidden and placed in a well-lit area, so police can identify the suspect.

"Get a good camera, get something that you can download easily, you can get us the information that we need, the video," recommends Hudson.

But you don't have to spend thousands of dollars, when all of the do-it-yourself options are sitting on store shelves.

"It's very affordable, it's very easy to do and I think that resonates well with the customers, and a lot of times they're just cool," said Best Buy Sales Associate Jeff Keenan.

One of the cooler do-it-yourself systems on shelves right now is the $500 Netgear Arlo. It's 100% wireless and battery operated. The Arlo includes magnetic attachments so you can place the four cameras anywhere inside or outside your home.

"The features (include) the motion detection, night vision, sending you a text message or notification once they've detected movement in your house," Keenan said.

Big box stores offer consultations and installations, but may not advise where you should place your camera. But professional security companies will.

"(In a place) still good enough to get a great picture, but it's not so low that it easily lends to somebody taking a baseball bat or somebody trying to steal it," Hoffman said.

Soria's friends have security cameras. They're giving her recommendations and she's getting estimates from different companies.

"They themselves have it and they can access it on their phone so they can be monitoring their home," Soria said.

That's peace of mind. It's what everyone wants, and it's becoming easier to see.