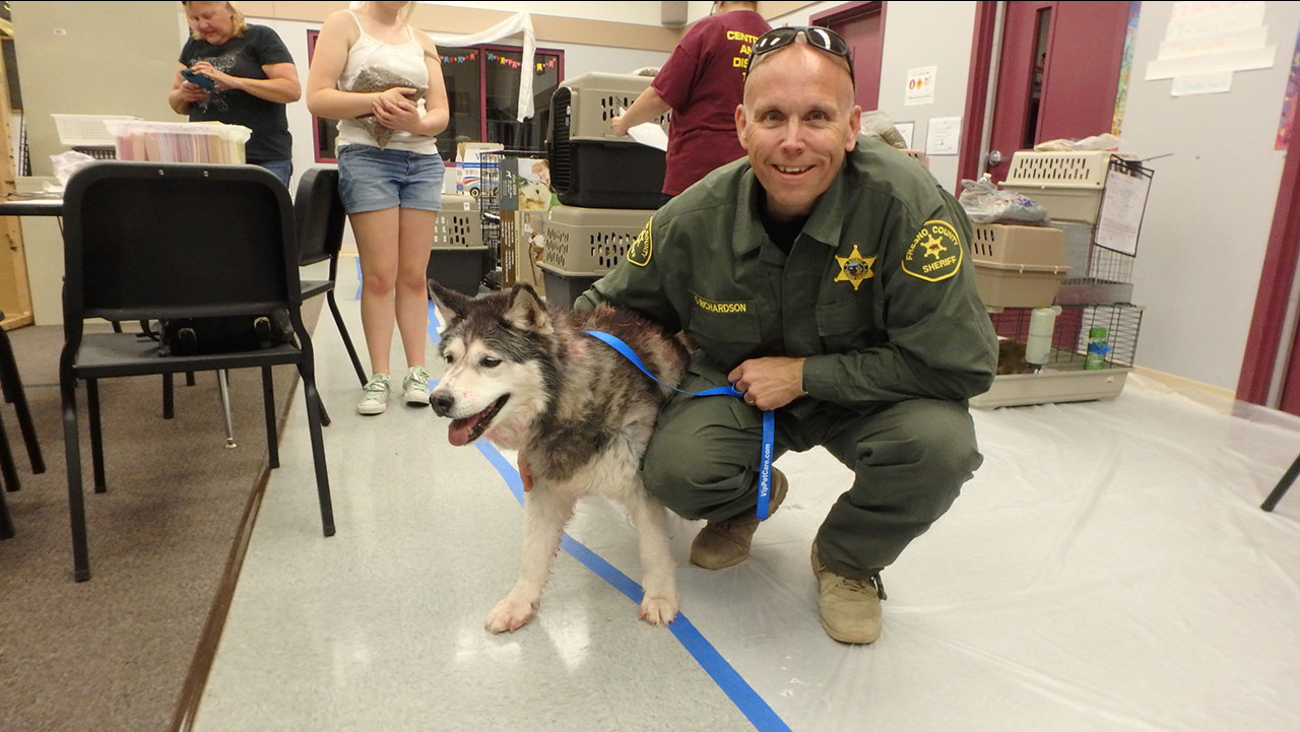 FRESNO COUNTY (KFSN) -- According to the Fresno County Sheriff's Office, deputies rescued a Husky named Kiya when she was left behind during an evacuation because of the Goose Fire.

Deputies Doug Richardson and Todd Talent responded to the 32000 block of Lodge Road after receiving a call that Kiya was left behind. After several hours of searching, deputies found Kiya who was covered in red fire retardant dropped by air tankers.

Kiya was loaded up into the deputies truck and taken to an animal shelter Foothill Middle School. She was cleaned up and reunited with her family. 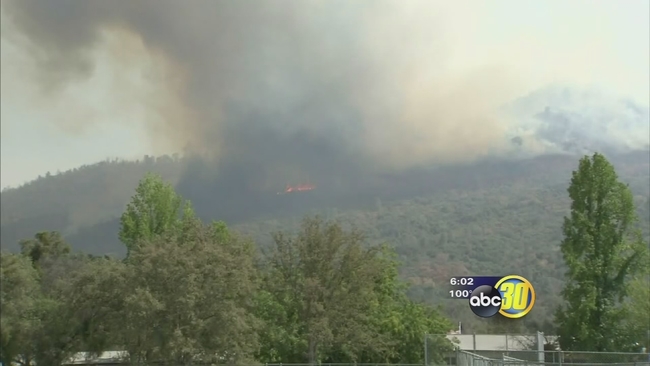 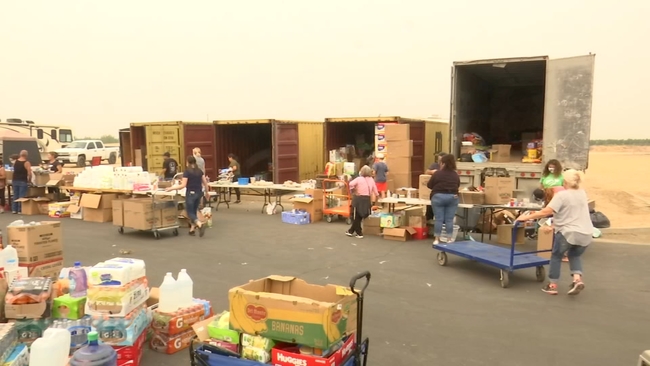 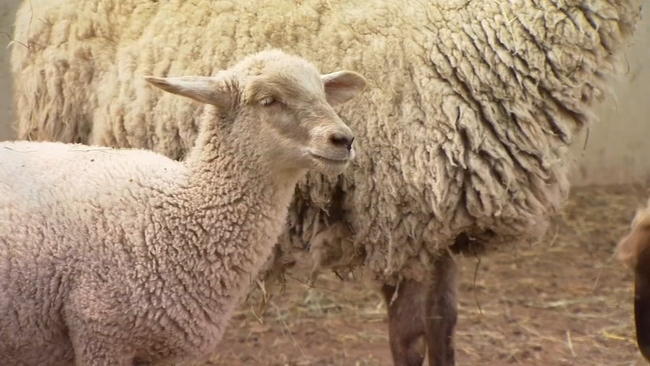