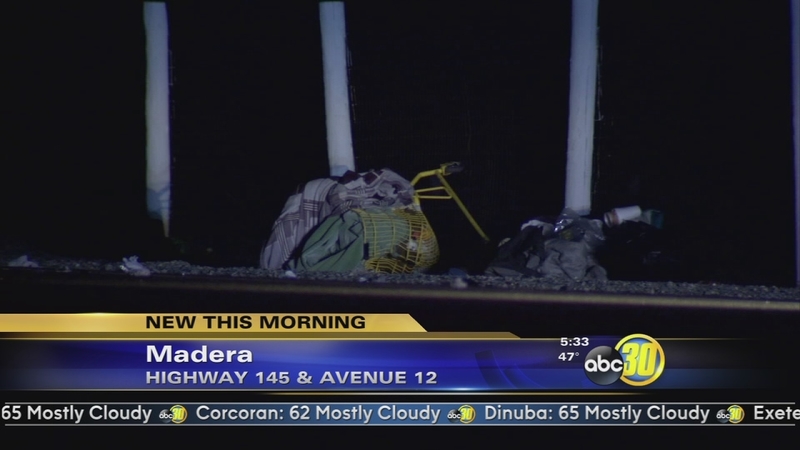 FRESNO, Calif. -- It happened just before 11:30 p.m. on Monday night on Highway 145 and Avenue 12. Officers say the 75-year-old man was pushing a shopping cart when he was hit by a car. He was taken to Community Regional Medical Center in Downtown Fresno with moderate injuries.

Officers say the area is not well lit, and if the driver had stayed for the investigation, the incident would not be a crime.

"The evidence actually shows he was hit in the lane, so if they would've stayed, this could've been just an accident. We would've just exchanged information. Based on the injuries, and that they left the scene, they could face felony hit and run charges," said Officer Mark Cosentino, California Highway Patrol.