KABC
By ABC7.com staff
TORRANCE, Calif. -- The last time 59-year-old Susan Mellen walked into a hair salon was 17 years ago, before she was sent to prison for a murder she didn't commit.

On her first full day as a free woman, she went to see hair stylist Eby Carillo at May Hair Salon.

Mellen's murder conviction was overturned by Superior Court Judge Mark Arnold in Torrance Friday. She was released Friday evening. While she was behind bars, Mellen did get haircuts, but she wanted a new look for this new chapter in her life.

"I had so much gray hair, and then I just thought, you know, it'd be nice to have my hair colored, just to feel good about yourself," Mellen said.

She says she doesn't have any hatred toward the system or the witness whose false testimony put her away. That woman has since died.

Mellen says she kept a positive outlook in order to survive what had been a life sentence.

"It was by the grace of God that I think I had joy and peace and love in my heart, but my kids kept me going because they were always doing good," Mellen said.

Her daughter Jessica watched the mini-makeover from start to finish. The gray was covered, highlights and lowlights were woven throughout and more layers were added in. The moment became emotional for Mellen and her daughter.

As Carillo put on the finishing touches, Mellen liked what she saw.

"You did a great job," Mellen told Carillo.

And when it was time to see the end result, it was just what she had in mind. 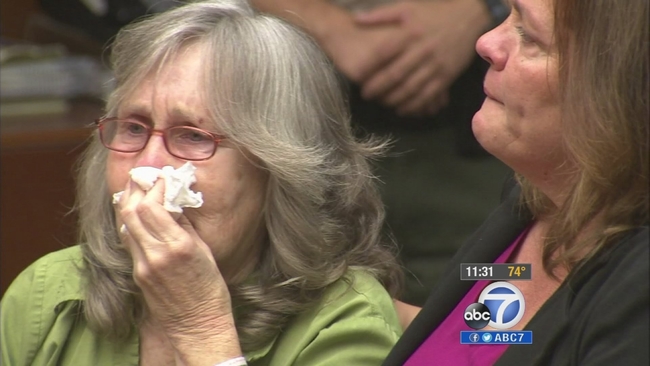