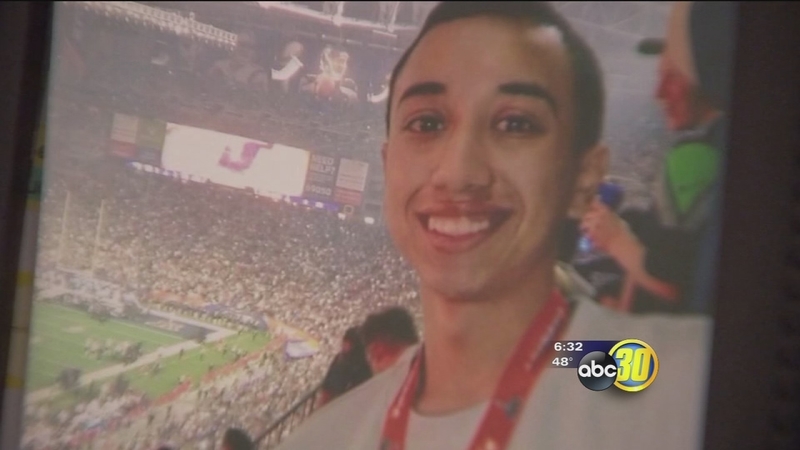 MERCED, Calif. (KFSN) -- Julian Arteaga is shuffling through pictures, holding on to the memories he had with his brother Fabian because they are all he has left.

"We didn't have enough time-- there's nothing we can do.'

Fabian Arteaga's life was cut short when he was hit and killed by a car December 19th. He just finished up his shift at the movie theatre along west Olive and was crossing the busy street when a car driving west hit him.

Investigators said Fabian was at fault and the driver of the vehicle stopped and called for help.

Julian said doctors told him Fabian was brain dead and that Friday he was taken off life support and his organs donated.

Family is now reminding people to watch for traffic before crossing the street. And be aware of your surroundings to avoid another heartache like this.

"We were just shocked-- you can't really process it till the day comes home and he's not here," said Julian .

Some his friends said they saw him moments before the accident.

"It hit me pretty hard-- It still doesn't feel real to me," said Ana Vega, friend of Fabian.

Fabian was studying business at Merced College. He was always smiling and giving even when he did not have much.

"When he goes places, he would bring me back something-- like I thought of you this made me think of you," said Haley Verna, friend of Fabian.

A GoFundMe page has been set up to help the family.

As Julian looked through his final pictures he said there's one memory he will always keep close.