KFSN
KINGSBURG, Calif. (KFSN) -- A 16-year-old Kingsburg girl is being remembered by family and friends after being taken off of life support.

Megan Snyder was involved in a head-on collision Thursday night with a tractor trailer near Kingsburg. Her family tells Action News they took her off of life support late Saturday night. The California Highway Patrol says Snyder drifted into the oncoming lane and hit the truck. They're still trying to figure out why it happened, but now friends and even strangers are uniting in her memory.

Megan would've competed on Saturday at a track meet in Sanger. But instead there was a moment of silence and a prayer in lane four where she would've ran.

Megan was leaving track practice Thursday when she collided with a trailer tractor just minutes away from her house.

"Our neighbor who saw the accident and came running up to me and just hugging me and saying 'oh my God, oh my God," said the victim's father, John Snyder.

He said his daughter was a giving person who only wanted to serve others. The outpouring of support he said is overwhelming.

"Before we could tell anybody, people knew and people were rallying together; prayer lists were going out, churches were getting together," said Snyder.

Dozens of friends gathered at Snyder's house to pay their respects Sunday, including Megan's closest friends who hung out in her old room.

"I have the option to either be sad and depressed about it, or I could think what she would want us to do is to be happy and remember all of those memories we've had with her," said the victim's friend Sophia Burge.

Students at Kingsburg High School, where Megan was a tenth grader, were released early on Friday. Kingsburg Joint Union School District Superintendent Randy Morris said there will be counselors available on Monday for any students or staff who need assistance.

"We got to be strong for our kids and our community. And at the end of the day it's important to let the people we know we love them because you just never know. You just never know," said Morris. 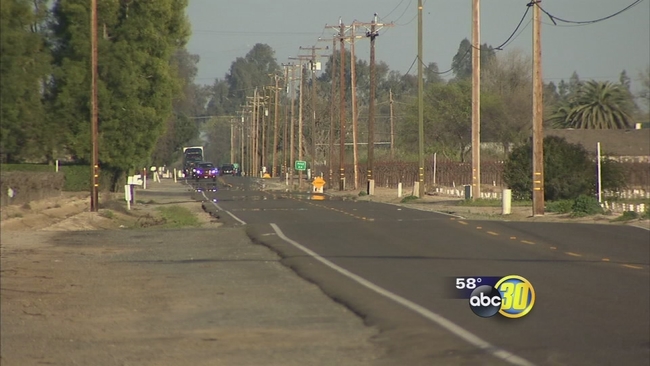