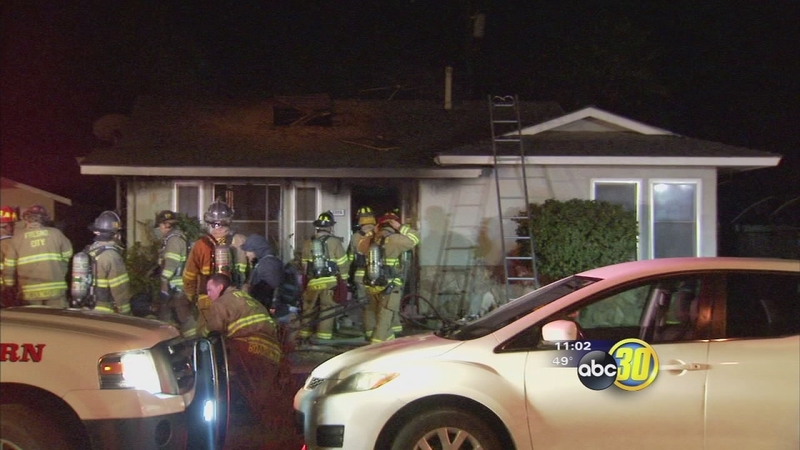 FRESNO, Calif. (KFSN) -- Five people are without a home after a fire tore through their Central Fresno house early Wednesday morning.

The flames broke out around 5:00 a.m. in the back bedroom of the house near Shields and Maroa. Five people were inside at the time but fire officials said they were able to get out safely. "The father was alerted to the working fire that had just started in his bedroom-- he suspects from a portable heater he had going in his bedroom. He quickly woke up his wife and his children and got them out," saidTony Escobedo, Fresno Fire Battalion Chief.

By the time fire crews arrived the flames had already destroyed much of the house and were spreading to detached buildings used for storage.

Crews were able to put the fire out.

The family is staying with relatives nearby. No one was injured.