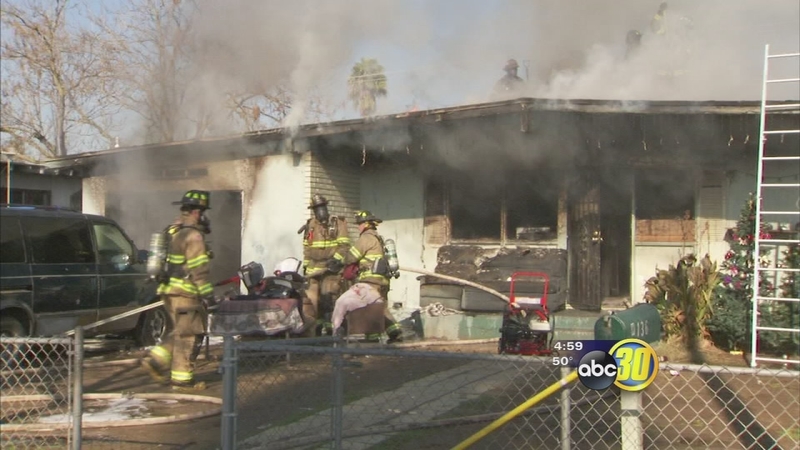 FRESNO, Calif. (KFSN) -- A woman is recovering after waking up Wednesday to her home in flames.

She made it out alive, thanks to family members. When Fresno firefighters got to the scene, the ten-person home was close to destroyed. Their main concern was to get victims out of the house, but thanks to a brave family member that wasn't an issue.

"I'm like don't go in," family member Destiny Kampos said. "They can get her out, but he went in and risked his life just to get my sister-in-law out."

Family members say Martin Kampos got a call his house was on fire. He rushed home knowing his narcoleptic sister-in-law was home. "I had to run in and kick the door down," Kampos said. "And I went in there to get her out, she couldn't wake up, no, nothing."

Marisol Hernandez says she was watching TV in the back bedroom and dozed off. She doesn't remember being saved and says she jumped out of a back window during the chaos. "When she woke up all she saw was smoke and had trouble breathing," Hernandez said through a translator.