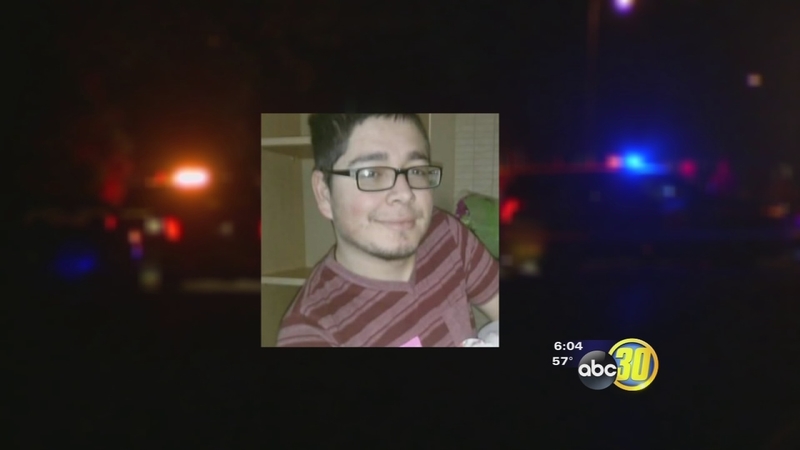 BIOLA, Calif. (KFSN) -- This Thanksgiving is a day of mourning for a family in Biola following a suspected DUI crash. CHP officers say a drunk driver killed a man and critically injured his father.

Issac Rodriguez, a neighbor said, "knowing that innocent people got hurt for another man's actions, it's not right."

Juan was hit on the way to San Diego, just a block away from home. He was in a car with his brother and parents when another car drifted into their lane and slammed into them, head-on. CHP officers said, Jose Andrade Blanco, 24, was behind the wheel, driving into town after a day of heavy drinking.

Investigators say Blanco tried to run but was arrested down the street, moments after impact. Juan was pronounced dead at the scene and his dad was flown to the hospital. He remains in critical condition with a broken skull. Juan's mom and his brother were also hurt but not nearly as bad. Cesar Diaz, Juan's youngest brother has been by their dad's side ever since and said, "It's just a big loss...none of us expected this to happen -- we all just wanted to be a family and celebrate Thanksgiving."

Juan Diaz was known as a caring, loving and helpful man, "He's my older brother and he took care of me when I was little, he changed my diapers, he did everything, he was just a wonderful brother and I can't believe he's gone," Cesar Diaz added.

According to CHP, Blanco had a prior DUI conviction and he could be facing second degree murder.

"Really angry," Cesar Diaz said, "He took an innocent life away for what reason? Just to drink?"

On a day where many are gather to give thanks - the Diaz family is united by tragedy and holding on to hope for a father of five to pull through.