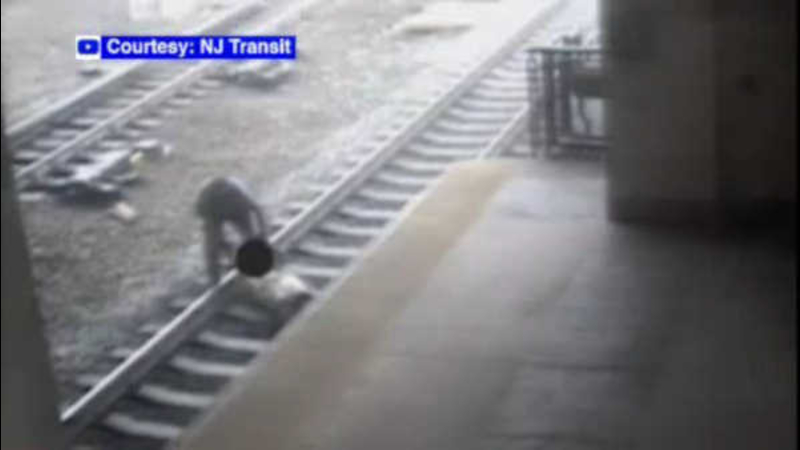 SECAUCUS, New Jersey -- A New Jersey Transit police officer is being hailed as a hero for pulling a man from train tracks in Secaucus last week.

Officer Victor Ortiz took a break from his family vacation, and in an exclusive interview with Eyewitness News, talked about what he did on Friday morning.

The 16-year veteran got a call at Secaucus Junction about an agitated passenger on the train. He met the man on the platform.

The train would soon be coming through. 41-year-old Ortiz radioed base and followed the man. Officer Ortiz then had no choice, and jumped down and was now walking next to the man on the tracks.

"He decides to, you know, kneel down onto the tracks, knee-first, then his arms...I looked to see if there was a train coming, and probably about a half mile up, I saw the lights from the train coming," Ortiz adds.

Ortiz says there was an instance where the man pulled him in.

"And at that point I said to myself, 'I'm going to let go, because this guy's gonna take me with him'," Ortiz adds.

Ortiz then pulled the man again just as the train was coming.

Once the man was in custody, he was given medication, and had a chance to talk to Officer Ortiz.