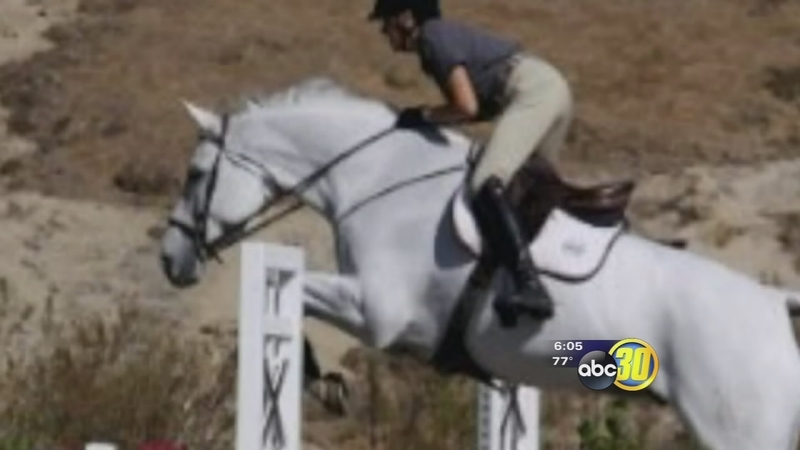 FRESNO COUNTY, Calif. (KFSN) -- Set up in front of a few of the 49 horses that call Black Fence Farm home, the lawyer representing the farm's owner wasted no time in calling out the local feed company they say is responsible for five horses' deaths.

They say the other 44 could also die due to the tainted feed they ate from Western Milling in Goshen.

"I can't tell you what the mistake was but I can certainly tell you that there was a series of gross mistakes that occurred at the Western Milling facilities resulting in this horrific tragedy and this cloud that has come down on this poor lady and her business, this farm and all of these horses and these children," said Attorney Andrew Yaffa.

Katie Flanigan says Black Fence Farm teaches children how to ride horses, and introduces them to the world of showing.

She says she's been buying Western Milling feed for the past four to five months. But she said something about the pallets she bought a week and a half ago seemed off, after the horses became picky with it.

The next day, two horses became ill and died, including Turtle, a horse that Clair Schmidt and her 13-year-old daughter lease to compete with. They say it took 16 hours for Turtle to finally die.

"I can't even describe the agony that horse had and just sitting there with him, I'd like to think that we made it a little easier for him," Schmidt said.

"I didn't know this was possible, it's been a horrible eye opening experience," said Turtle's owner, Denise Taylor. Taylor says it's a horse owner's worst nightmare.

But Flanigan's lawyer says feed tainted with Monensin is becoming an epidemic across the country that needs to stop, adding that someone in this case needs to pay or at least step up to help Flanigan during this difficult time.

"My families are incredible," said Flanigan. "And they're standing by me and trusting me and letting me hold the hands of the kids as I explain to them what's happening and as we have said goodbye to a few of our special ones already."

One man at Tuesday's press conference had one of his horses die. Now he's holding on to hope that another, named Zoom, will survive.

But Flanigan's lawyer says these horses have been given a death sentence, one where there's no question of if they'll get sick, but when.

Action News has reached out to Western Milling multiple times since last week. They now transfer us to a voicemail set up for their recall of LOT 5251.

They say 1,100 bags of that feed were distributed, and 67 still haven't been reclaimed by the company.

Flanigan's lawyer says they're not threatening a lawsuit against the company, but trying to bring the public's attention to this issue and get her the help she needs. 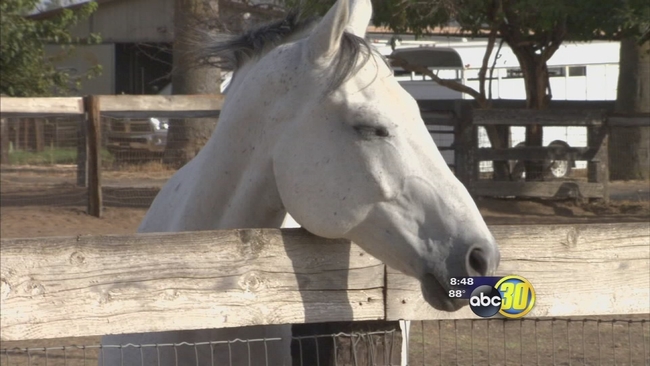 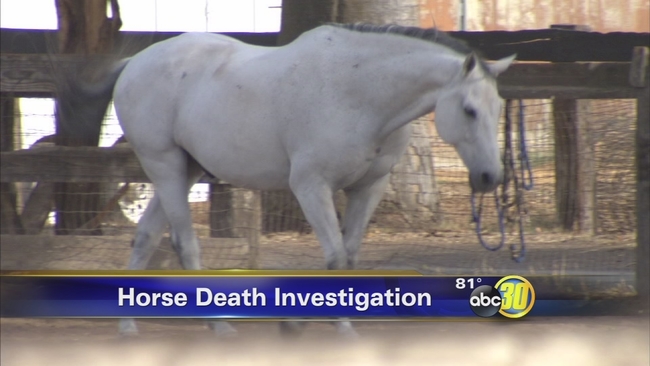