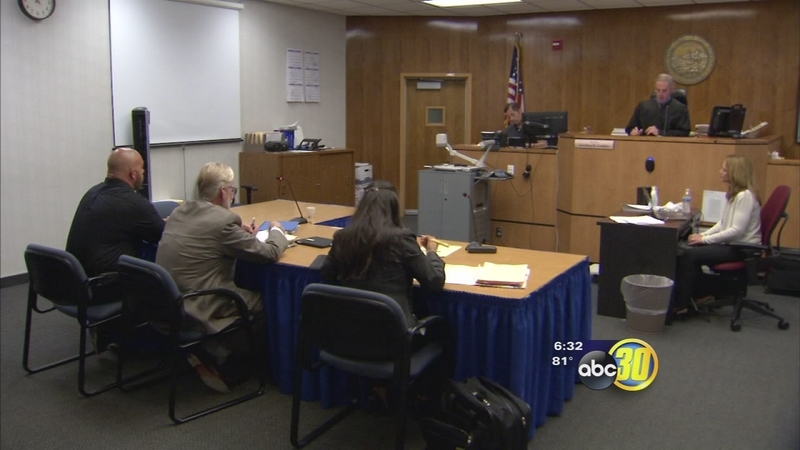 FRESNO, Calif. (KFSN) -- A former Fresno police officer will not serve any time in jail, even after admitting to raping another officer.

A judge sentenced William Wyatt Friday, five years after the sexual assault, and three years after it was discovered and he lost his job. Even though Wyatt walked away a free man, his victim got exactly what she wanted. He's now a registered sex offender for life, and she's now able to put this all in the past.

For the second time, William Wyatt walked into a courtroom, ready to take his punishment for raping an unconscious woman. The nine-year Fresno police officer knew basically what to expect. Attorneys agreed to a sentence of probation and lifetime sex offender registration. But the last time, a judge broke up the deal when the woman told him how Wyatt ruined her life.

This time, the prosecutor emphasized how desperately the victim still wanted to let Wyatt walk out a free man. "She would like to walk out today, finally to be able to put this all behind her and continue with her life," said prosecutor Tonya Lee.

Judge Jonathan Conklin explained how difficult the punishment decision was. But ultimately, it came down to giving the victim what she wanted. "The Court, more than any other factor, is compelled to consider the request of the one person who is most impacted by the case and that is the victim," Judge Conklin said.

Action News uncovered an arrest warrant detailing why a trial would've been not just painful for the victim, but also not a slam dunk. Detectives said the victim only found out about the rape two years late, when Wyatt's girlfriend sent her pictures from his computer. The victim couldn't remember anything, and there was no physical evidence, just the pictures.

Still, the judge let Wyatt know probation is not absolution. "I do not in any way imply by the sentence this court will impose that your actions were even close to any way acceptable," he said.

The prosecutor told us the victim was very relieved to finally be done with the case and she got the one thing she wanted from Wyatt - an admission of guilt.
Related topics:
fresnorapetrialofficer arrestedsex crimefresnofresno police department
Copyright © 2021 KFSN-TV. All Rights Reserved.
FRESNO