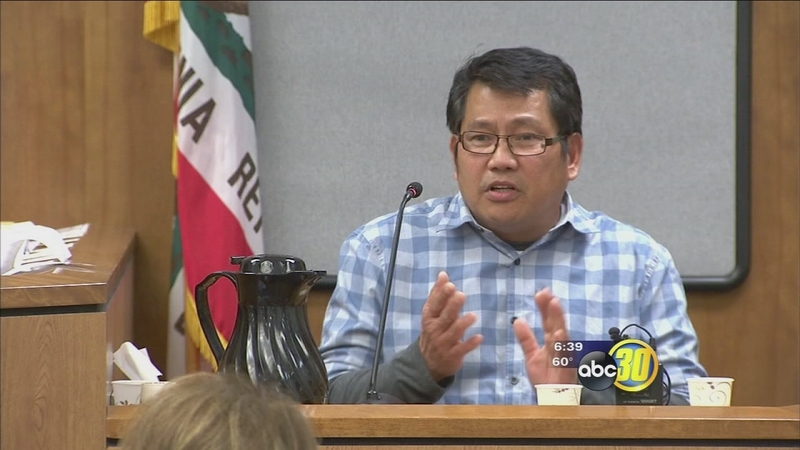 FRESNO, Calif. (KFSN) -- A former Fresno Unified janitor took the stand in his own defense Friday and told jurors he did not touch any children inappropriately.

Benjamin Wong was the last witness to take the stand and pled with the court by saying he did nothing wrong.

"No, I'm not going to do that," he told the court, referring to accusations that he inappropriately touched children.

The 54-year old former janitor worked with Fresno Unified for 15 years and is now facing misdemeanor counts after accusations came out that he spanked and touched several children inappropriately at Norseman Elementary School between 2013 and 2015.

In court, he defended his actions when he said he lightly "swatted" a child's bottom when he was telling the student to get back to class.

"In a game, like with an open hand, but not grabbing it like what they're accusing me of," Wong said.

Prosecutors also say he caressed children's hair in an appropriate way. Wong told the court it's not what it seems.

"Whenever they are in the line it's not just on the arm, sometimes I pat them on their head," Wong said. "That's it. Nothing sexual."

Earlier in the day, prosecutors played an audio recording of Wong's interview with police:

"Police: Boys don't grab girls' butts for any other reason."

"At my age, I'm already 54-years-old, I still have a 9-year-old and 5-year-old kid and accusing me of something I...," Wong told the court said tearfully.