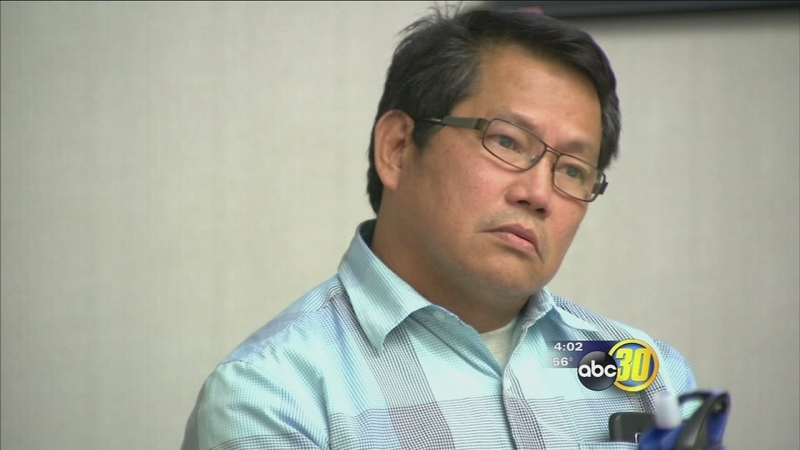 Action News broke the story back in July of last year, shortly after kids starting making accusations against Wong early last year and by that time, Fresno police had launched a full-scale investigation. Now, the defense is calling its results into question.

The cafeteria line at Norseman Elementary was a position of vulnerability, according to at least one former student. The 10-year-old says janitor Benjamin Wong stood nearby, and sometimes he'd pull them away to a dumpster area.

"Whenever he would pull us back, he would touch the butt," the girl said.

We're not showing the alleged victims because of their ages, but six of them say Wong touched them or talked to them in ways that are tough for children to comprehend. Prosecutors charged him with six misdemeanor counts of molesting or annoying kids. But Wong's defense attorneys say he's not guilty.

"This is not and has never been a sex case," Efan Wu told the jury.

She says some of the touching reported by the kids never happened -- like the incident reported by the 10-year-old of Wong touching her with a mop while she was inside a closed bathroom stall. She acknowledges Wong's a so-called "close talker", but says any touching was innocent.

"If any touching did occur, I'm confident the evidence will show it was an affectionate tousling of the hair or patting on the back or shoulders, maybe a patting on the butt, but not in a sexual manner," Wu said.

The kids reported some incidents to school administrators, but prosecutors say even after they warned Wong to keep his distance, he kept touching children, ruining their elementary school experience.

"Their experiences at Norseman were not the same as many of our fun experiences at elementary school because they get to think about the time that this defendant, who was a janitor at that school, touched them inappropriately," said prosecutor Vanessa Wong.