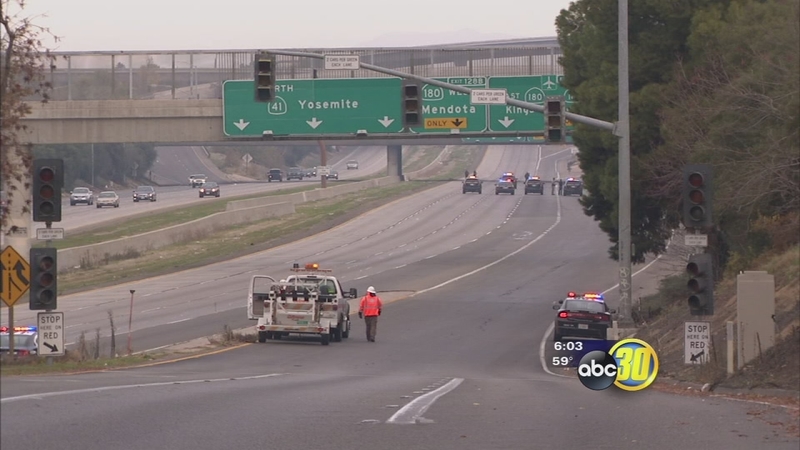 The first incident happened just past 8 a.m. near Jensen and Walnut Avenues. When officers arrived they found the victim of a gunshot wound. The victim was transported to the hospital with non-life-threatening injuries.

Police have released no suspect description or motive at this time.

A second shooting happened at an undisclosed location, according to authorities. Police reported that a shooting victim showed up at Community Regional Medical Center and reported that he was shot while driving. He too sustained non-life-threatening injuries.

The unidentified suspect or suspects fled the scene. Police investigators closed all northbound lanes of Highway 41 to McKinley Avenue to collect evidence into what happened. Police would not say the incident was random and investigators are still unsure of motive.

The freeway was reopened hours later.

Meanwhile a third incident was reported near Fresno Street and Highway 99. A man called police around 10 a.m. saying he accidentally shot himself in the hand. When police arrived the victim told officers that the shooting happened the night before at a different location. Authorities are investigating each of these incidents.