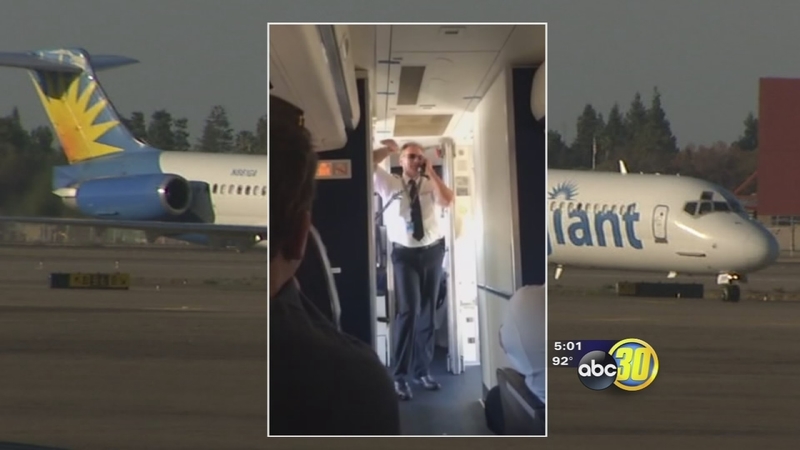 LAS VEGAS, Nev. (KFSN) -- A short flight from Las Vegas to Fresno turned into a terrifying moment on the tarmac. On Sunday, an Allegiant plane was forced to evacuate after an engine caught on fire.

Passengers from Flight 516 landed safely in Fresno after a three hour delay in Las Vegas.

It was Leroy Ok's first time on a plane in 11 years and he says it's likely his last with Allegiant, "I was kind of reluctant because I had heard horror stories from Allegiant flights and I had seen on the news," he said.

The FAA says the plane stopped on the runway due to an engine fire and the airline says it was a mechanical issue. There was a similar problem in August at the same airport but a different plane.

Tim Wieg who was a passenger on the plane said, "I understand Allegiant has a history of technical problems and maybe not necessarily following proper maintenance protocol."

This year, Allegiant has had trouble all over the country. According to the Aviation Mechanics Coalition, there have been 38 fixable mechanical issues between January and March alone. The coalition also says there have been a number of emergency landings, evacuations, employee strikes and some planes were grounded back in 2013.

Mike Scott who was on Sunday's flight from Vegas says there was a loud boom, then confusion and fire trucks outside the window.

"As we're being sprayed, the pilot goes on saying, don't worry, there's nothing wrong," Scott said.

Scott had to take a different plane home and he says Allegiant gave him a $50 voucher for his troubles.

"Every airline has problems sooner or later," Scott said, "but it's how you deal with that problem, that people remember."