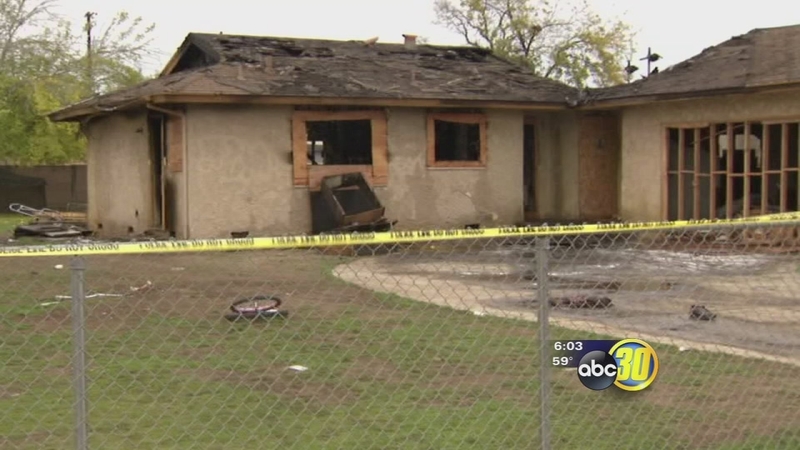 FRESNO, Calif. (KFSN) -- Central Fresno residents affected by blight are reacting to a measure that could change the landscape in their neighborhoods. Those changes, unanimously passed Thursday by the Fresno City Council, gives the city more power to go after uncooperative landlords.

Many neighbors who've been dealing with blight first hand are hopeful. But one man isn't convinced, unruly landlords will listen to the city's demands.

Jose Lara has been witness to this property's evolution.

"The people dying there was terrible. That was hard, that was hard for us," said Lara.

He saw homeless people repeatedly break in when it was vacant. He was there when five people trapped inside, died while it burned. And now he watches the Central Fresno lot -- cleared by the city -- as people leave memorial signs for their lost loved ones.

"I never felt good about the people dying but i felt great about the house not being there anymore because of all the troubles," said Lara.

His account isn't unique, in a community crippled by blight. And on Thursday, the city council gave more power to the code enforcement department in response to the overwhelming problem. A hearing officer can now double fines and take legal action if landlords don't cooperate. But despite all this, the 26 year resident, doesn't have much hope.

"That man had been fined over $20,000 not only for code infractions here, but also on other properties. Nothing happened. So they said they're going to double, well what's that going to do if they can't enforce what they already done?" said Lara.

Council member Esmeralda Soria, lives in Central Fresno too. So she's affected by the ruling she helped pass Thursday, as much as Lara.

"I think that it's a top priority for the city of Fresno, I think that's why over the last few years we've seen the stakeholder group and the task force come together and do a combination of things," said city council member Esmeralda Soria.

She said changes to the community won't happen overnight. But with more power at the code enforcement level, landlords might start to listen. At the empty lot near McKinley and Cedar, the damage is already done, and the city says they're planning to take the landlord to court.

Next week, the city council will look another measure to crack down on blight. This one could allow the city to take legal action against tenants and landlords if illegal nuisances persist inside their homes.
Related topics:
fresno centralpovertyhousingfresnofresno city council
Copyright © 2021 KFSN-TV. All Rights Reserved.
FRESNO