KFSN
By Corin Hoggard
FRESNO, Calif. (KFSN) -- The Fresno Grizzlies are one big step closer to having new owners.

From the outside and on the field, Chukchansi Park is a beautiful sight to see. But inside city hall, the Downtown Fresno stadium became an albatross not long after it opened in 2002.

A rent of $1.5 million for the team and a $3.1 million bond payment for the city made it a source of tension for years. But now, a new pitch.

"I think it's a step in the right direction for the City of Fresno," Fresno Mayor Lee Brand said. "I think it's really, in my opinion, the only step we need to make."

Brand is helping negotiate a deal to sell the team that's turned losses every year since the current owners took over.

Council members unanimously approved a new contract to cut rent to $500,000 a year, while also getting both the old and new owners to contribute to a fund to maintain the stadium.

It's less income for the city, but council members saw it as the best available option.

"The door, if we did not execute a contract or enter into a negotiation, the City of Fresno could find itself owning a baseball team," council member Steve Brandau argued. "And I think that'd be really detrimental, full of a lot of its own problems."

Chris Cummings and the current owners have taken several swings at selling the team since 2012, but a bad bottom line and one of the highest rents in Minor League Baseball helped snag any deals.

They believe the Grizzlies can slowly become profitable under the new deal.

"This gives us the ability to not hobble along financially," General Manager Derek Franks said. "We've got a group that's going to come in and be financially sound."

Franks says he'll stay with the team under the new ownership.

The two groups still have to finalize the dollars in the deal and then get approval for the sale from the Pacific Coast League, but Franks says new ownership could be in place before the season ends.
Report a correction or typo
Related topics:
fresnolee brandfresnofresno grizzlies
Copyright © 2020 KFSN-TV. All Rights Reserved.
FRESNO 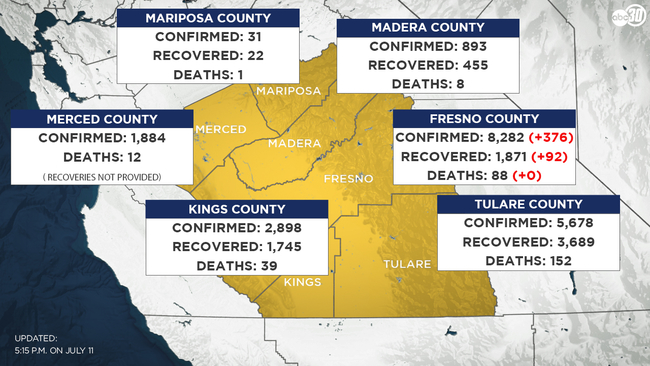