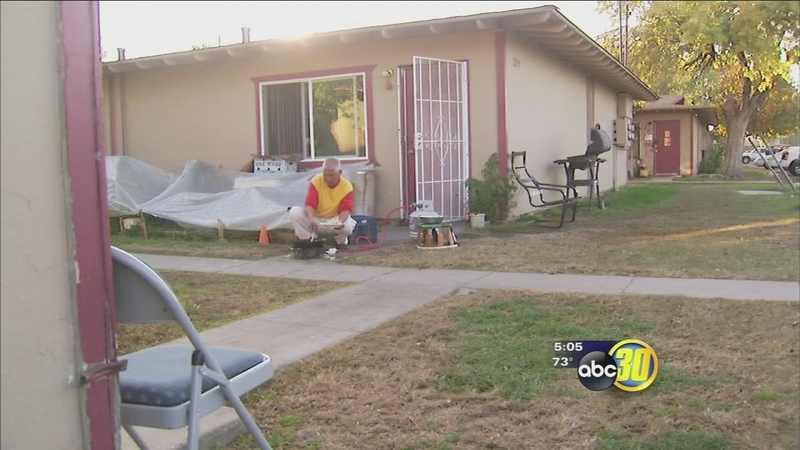 FRESNO, County. (KFSN) -- A showdown over plans to deal with substandard housing in Fresno is expected this week.

Two city council members are pushing a plan to deal with what they call "slum housing," but the mayor and housing advocates said it's a step backward.

Council members Clint Olivier and Steve Brandau want to form what they are calling an Anti-Slumlord Enforcement Team, or ASET to deal with the city's problems with unsafe and unsanitary housing. But while it sounds tough, critics, including the mayor said it's an attempt to dilute the city's efforts to improve housing.

Olivier and Brandau met at Summerset Village, the once dilapidated housing complex that prompted the crackdown on substandard housing. They said their plan is one way to deal with situations like this by hiring an ombudsman or go-between to deal softly with landlords.

"That ombudsman now can make a call to the landlord and say, "Hey, you know, we've heard about this. We'd like to resolve it. We'd like to come out and talk about it and see about it,'" Brandau said. "That can, in a really soft way, begin telling the landlord you are going to have to be responsive to your tenants."

While the plan purports to zero in on substandard housing it relies on complaints from tenants and limits actual preventive property inspections. City Manager Bruce Rudd said it would water down current city efforts.

"Limiting the inspection to 10 percent of the apartment complexes or apartment units seems to be watering it down," he said.

Olivier bristled at the suggestion he was trying to dilute the city's efforts.

"Someone who has told you that hasn't read it yet and doesn't understand it," Olivier rebuked.

But Rudd has read the proposal and so has housing advocate Andy Levine of the group Faith in Community and he shares the city manager's assessment.

"This I fear would at best do nothing to address the problem and at worst take us further away from finding a solution," Levine said.