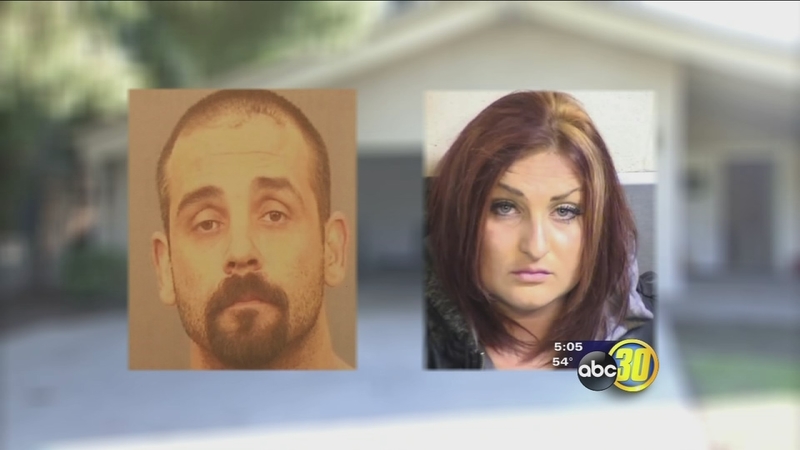 FRESNO, Calif. (KFSN) -- After suspects broke into Greg Sanmiguel's garage last week he figured video would be the only thing that could capture them. But just day's later Fresno County Sheriff's deputies called him out to a crime scene with a familiar face now in custody.

Deputies said Michelle Melikian is the woman in the video Sanmiguel captured and that her partner, Rodney Keck, is still at large. Both are accused of stealing a $200 Barbie Dream House, among other things, from Sanmiguel's home.

Gifts a father said almost cost his children their Christmas.

"Just violating that people go rip off other people that work hard for their money to provide for their family to go and steal it, it's upsetting," said Sanmiguel.

A detective came across the video on social media and tracked Melikian down to a house where she was squatting. Inside, Sanmiguel recovered his outdoor fireplace, even stolen paint-- everything except for that dream house.

"These people have their hands in a little bit of everything-- auto theft, breaking into houses, but we got her in custody," said Tony Botti, Fresno County Sheriff's Office.

Detectives repeatedly asked Melikian Tuesday where she hid the children's present-- she would not answer.

"I think it just speaks to the person she is, she's heartless, she's out to rip people off, steal gifts from kids, that's pretty low," said Botti.

Sanmiguel was able to salvage the weekend by purchasing his daughters' a new toy. And now he's hoping the duo will receive the justice that's rightfully theirs.

"They caught one of them, I hope they get the male suspect and put him jail for a while."